Angela (Zoe Kravitz) lives in a spacious loft in Seattle. She works for a high-tech company whose most popular product is Kimi, a voice controlled virtual assistant who can manage everything from turning on the lights, to finding a musical playlist, to searching the Internet for hard-to-track data.

Angela is a social outsider has very little contact with others, and her isolation has been amplified by the COVID-19 lockdown. So her days consist of keeping fit through physical exercise machines, short and irritating FaceTime conversations with her mother (Robin Givens), dealing with the pain of a tooth abscess, noise from upstairs construction, and occasional sex with her boyfriend (Terry Hughes). She spends a lot of time watching the neighbors watching her. 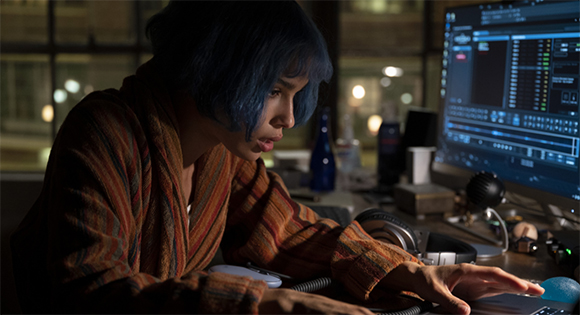 Her job is listening to audio streams from installed Kimis, identifying customer requests the device got wrong and writing code to correct the misunderstanding; Kimi, through people like Angela, can learn. And in turn, Angela and the company can learn a lot about the people they are listening to. One day Angela is shocked when she hears sounds on the audio that could be a woman being beaten or a murder in progress.

Kimi is director Stephen Soderbergh's seventh feature film in five years, and it is another fresh, thought-provoking, timely, and ethically rich drama. The screenplay by David Koepp gets lean and mean as Angela hits the streets in a courageous attempt to get the company to investigate what she has heard. The supervisor in charge (Rita Wilson) is hesitant to call in the authorities, especially since the company is about to go public on the stock market. But determined to find out what has happened, Kimi decides to go to the FBI. Her empathy and feeling of connection with the screaming woman is even more heroic given the fact that she suffers from agoraphobia, an anxiety disorder aggravated by an extreme fear of open and crowded places. 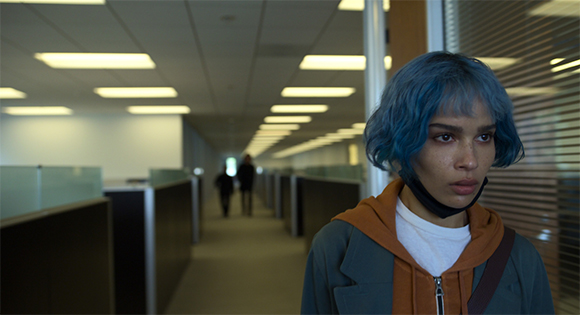 Soderbergh and Koepp present a convincing portrait of a high-tech world animated by greedy corporate executives and their amoral underlings. Adding to the suspense and feelings of paranoia is our realization that Kimi-like devices are not only here now but are getting more sophisticated every day. The combination of capitalism and the loss of privacy is murder of another kind.