Directed by Jeremiah Zagar
A rousing basketball film about the importance of passion.

“The complexity of our time requires a greater and wiser use of our capacities, a rich playing of the instrument we have been given,” writes philosopher and cultural historian Jean Houston in A Passion for the Possible, a Guide to Realizing Your True Potential.

In this rousing and affecting basketball flick, Adam Sandler plays Stanley Sugerman, a middle-age talent scout for the Philadelphia 76s whose dreams of coaching have not yet been realized thanks to a mistake that ended his college career. Nonetheless, he is a survivor in the billion dollar business. 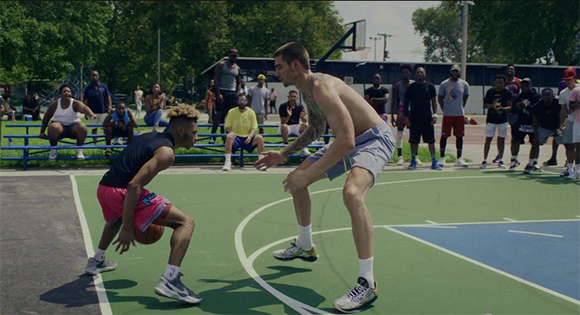 His job means he is constantly traveling all over the world, looking to find new players that will make a name for themselves and secure his reputation. After watching him tramp through offices, airports, and size up new players on TV monitors, we rejoice when he discovers Bo Cruz (Juancho Hernangomez), a construction worker who plays basketball at night. He lives on Mallorca, a Spanish island with his wife and daughter. With his dazzling mix of height, wingspan, speed, and emotional resilience, he seems to Sugerman like a dream come true..

But the scout faces many obstacles and roadblocks as he tries to convince coaches and others in power to give Cruz the chance he deserves. Director Jeremiah Zager and screenplay writers Taylor Materne and Will Fetters draw out the competitive undertow of this underdog story and the importance of passion in the Sugerman’s role as a spiritual teacher for his 22-year-old recruit. 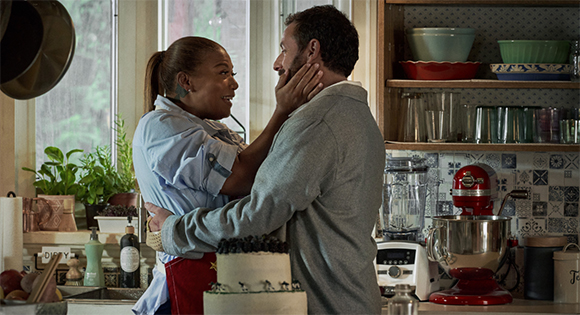 The film delineates what John James and Muriel James celebrate in their book Passion for Life as “the hunger to get more out of life, to give more back, to be more involved, and to find more meaning.” Or as Michael Davis puts it in Rituals:

I am awakened in my passion
For the sanctity of life
And the beauty of creation
For what I learn and share
For those who join with me
I embrace it all
In the infinite pleasure
I am filled-with passion.