Where the Crawdads Sing

Directed by Olivia Newman
A coming-of-age story and murder mystery about a young naturalist living in the marshes who has to find out who she can truly trust.

Delia Owens, a 69- year-old American zoologist and occasional nonfiction writer, published her debut novel, Where the Crawdads Sing, in 1918. By July 2022 when this film adaptation was released, the book had sold 15 million copies, making it one of the bestselling books of all time. Reese Witherspoon, who had chosen the novel for her book club, produced the film, which was directed by Olivia Newman and written by Lucy Aliba (Beasts of the Southern Wild).

Little Kya (Jojo Regina) is growing up in the wetlands of North Carolina (the film was actually shot in Louisiana). Her violent father (Garret Dillahunt) drives her mother (Ahna O’Reilly) and her older siblings away, and then he also disappears, leaving Kya alone in the marsh. Forced to fend for herself, she sells mussels to a black couple (Sterling Macer Jr. and Michael Hyatt) who own the grocery in town. 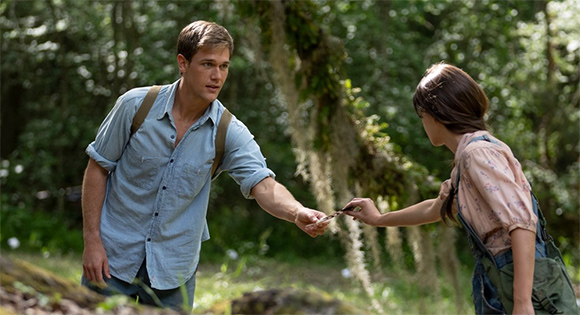 As she grows up, the other people in the small town call Kya (Daisy Edgar-Jones) the “marsh girl” and some even see her as a witch. She doesn’t go to school and has taught herself about the natural world of animals, insects, and plants. The only other person who treats Kya with respect is Tate ( aylor John Smith) who teaches her how to read and suggests that she earn money by selling the illustrations of nature she has been working on for years.

It is not surprising to see Kya fall in love with Tate and for him to feel the same about her. But suddenly their emotions shift leaving both of them alone and disappointed. Kya’s destiny is put on another track when she meets Chase Andrews (Harris Dickinson), who at first seems to be a friend but reveals himself to be a selfish chauvinist like her father. When he is murdered, Where the Crawdads Sing turns into a Southern Gothic mystery where the hero is a lawyer (David Strathairn) who we expect to unlock the truth about Kya, her boyfriends, and the bigoted towns folk. 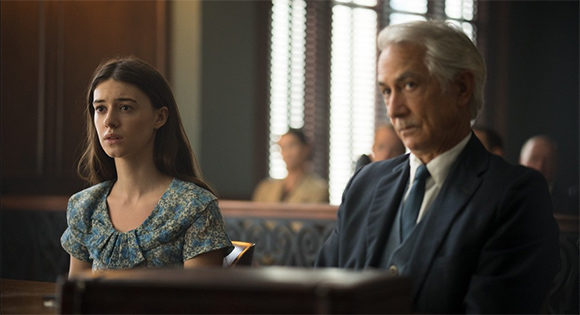 Beautifully photographed with an apparent reverence for the natural world of the marshes, this coming-of-age story identifies some key themes of coming of age. Kya has to discover what she is called to do and be – a naturalist whose art opens the beauty of her world to others. She must deal with what it means to be an outsider, and she must find out who she can truly trust.