Madeleine L'Engle's series of award-winning children's books — A Wrinkle in Time, A Wind in the Door, A Swiftly Tilting Planet, Many Waters, and An Acceptable Time — are profound and imaginative meditations on the best strategies for dealing with the shadow presences in our world. In these novels, Meg Murry and her younger brother Charles Wallace, aided by a their twin brothers and a number of heavenly beings, must outwit and disarm the agents of darkness. In A Wrinkle in Time, Meg practices love in order to save Charles Wallace from being taken in by the stifling powers of "IT." In A Swiftly Tilting Planet, Charles Wallace literally goes inside people from other times to face down the shadow tendencies that are affecting history.

In our favorite of the three, A Wind in the Door, fallen angels called "Echthroi" are destroying — Xing — large chunks of the Creation. Meg learns that only by recognizing, naming, and loving these beings, who are both inside and outside of us, can she prevent them from doing more harm. Here is Meg engaged in the spiritual practice of shadow: "I Name you, Echthroi. . . . My arms surround you. You are no longer nothing. You are. You are filled. You are me." 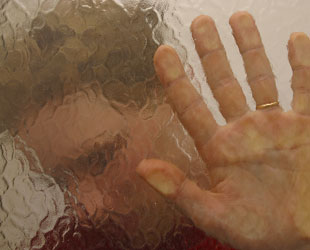