Honoring the risky, selfless courage of Raoul Wallenberg who saved the lives of more than 100,000 Jews during the Nazi occupation of Hungary.

Raoul Wallenberg was born on this day in 1912 in Sweden. During World War II, Sweden remained officially neutral. Wallenberg was sent as a special envoy to Budapest Germany in 1944. While there this Lutheran undertook the dangerous humanitarian mission of issuing protective passports and offering shelter to Jews. He is credited with saving 100,000 lives, one-eighth of Hungary's Jewish population. This is more people than were rescued by any other individual or institution in Europe.

On January 17, 1945, Wallenberg was taken into custody by Soviet soldiers. He disappeared into the Soviet prison system. Although his fate is unknown, his legacy is secure. On the way to the Holocaust Museum on the western outskirts of Jerusalem is an avenue of trees commemorating "Righteous Gentiles" who risked their lives to save Jews. One of them is the Raoul Wallenberg tree. A medal with each name contains a Talmudic inscription: "Whoever saves a single soul, it is as if he saved the whole world."

Raoul Wallenberg was a hero of compassion. He exhibited that "quivering of the heart in response to the suffering of others." Who are your heroes of compassion? What has recently aroused your compassion and what are you going to do about it?

In honor of Raoul Wallenberg, give your support to the Charter for Compassion, a document that transcends religious, ideological, and national differences. Supported by leading thinkers from many traditions, the Charter activates the Golden Rule around the world. 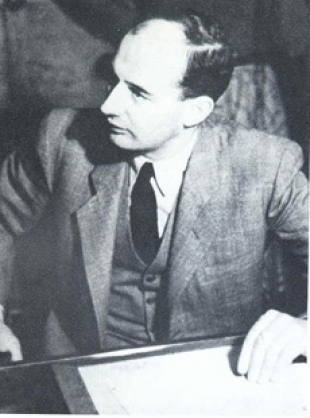