An annual call for gender parity and a celebration of women's achievements.

International Women's Day draws attention to women's rights worldwide to work, vote, be trained, hold public office, and be free of discrimination. First celebrated on March 19, 1911, by more than one million women and men in Austria, Denmark, Germany, and Switzerland, it has grown to be a worldwide event.

In recent years, there have been signficant advances in women's emancipation and equality, but we still have far to go as long as women are victims of violence, denied equal opportunity in education and healthcare, under-represented in business and politics, and paid less than their male counterparts. By naming this day, we honor strides that have been made and look towards a future that's more promising, safe, and rewarding for girls and women. We remember that, as political activist and writer Emma Goldman reminded us long ago, "a true conception of the relation of the sexes will not admit of conqueror and conquered; it knows of but one great thing: to give of one's self boundlessly, in order to find one's self richer, deeper, better."

This 4.5-minute film, "Break the Chain," was created for the One Billion Rising campaign to stop violence against women. It was produced by Eve Ensler and V-Day, directed by Tony Stroebel, written and produced by Tena Clark with music by Tena Clark and Tim Heintz, and featuring dancer and choreographer Debbie Allen. 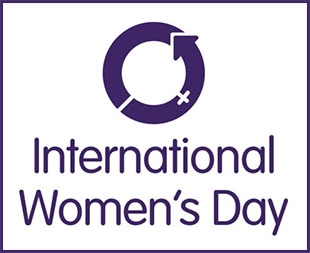