The Crusades of Cesar Chavez A Biography

By Miriam Pawel
A full, rich, and impressive biography of America's most important Latino leader.

We are fortunate to at last have a full, rich, and impressive portrait of Cesar Chavez who accomplished great things for his beloved farm workers. He is far and away the most important Latino leader in U.S. history. There were few shortcuts in his rise from working as a field hand to national prominence taking on the money and power of California's agricultural industry. He was no saint and there were missteps along the way but no one can doubt Chavez's integrity and zeal.

Miriam Pawel is a Pulitzer Prize-winning editor and writer who spent 25 years at Newsday and the Los Angeles Times. Her emphasis in this biography of the Mexican-American leader is on his character qualities.

Chavez was a single-minded man who focused intensely on what he wanted to do. Perseverance was in his blood from the start. Although they had a large family, his wife knew from the start that working with poor people was his priority.

Chavez was an avid believer in the ideals of brotherhood and nonviolence. While others around him tired of these noble qualities, he remained loyal to them. Chavez learned patience and equanimity during strikes, boycotts, and negotiations. He also was a believer in doing the right thing as shown in several lengthy and dangerous fasts.

Chavez made many speeches and met with political and industry leaders. But perhaps the most spiritually profound thing he ever said was this:

"It is my deepest belief that only by giving our lives do we find life. I am convinced that the truest act of courage, the strongest act of manliness is to sacrifice ourselves for others in a totally non-violent struggle for justice. To be a man is to suffer for others. God help us to be men." 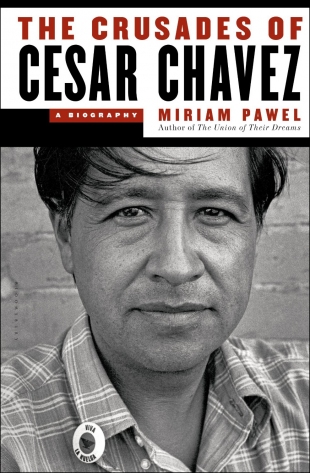