Ceremony by Leslie Marmon Silko is a story of loss, discovery, and healing on a Laguna reservation in New Mexico. Unique in narrative, style, structure, and perspective, it is also a perfect fit with this club's democratic focus. With Grapes of Wrath it shares a concern for the land and people's connection to it; with Between the World and Me it shares a concern for racist forms of destruction; with Gilead, it shares a depth of spirituality and a meditative pace.

Ceremony is a quiet novel until it is not, a devastating story until it is not. It is deeply and multiply moving: troubling, heartening, inspiring, illuminating.

Silko's writing career began when she received a National Endowment for the Arts Discovery Grant in 1971. Her book of poems called Laguna Woman won the Pushcart Prize for Poetry in 1977. Ceremony won the American Book Award in 1980, the first year it was given; along with Laguna Woman, the novel helped get the attention of the MacArthur Foundation, which made her one of their very first "genius" Fellows in 1981. In 1994, Silko received the Native Writers' Circle of the Americas Lifetime Achievement Award. She has also been named a Living Cultural Treasure by the New Mexico Endowment for the Humanities Council.

Ceremony is one of twelve books included in the We the People Book Club, an opportunity to strengthen your vision of democracy by contemplating America's past and possibilities as presented by classic and contemporary literary voices. You may also be interested in the other books in this series, which are listed on the book club's webpage. 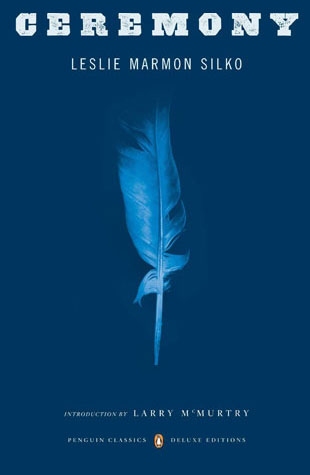