Set around 1850, The Underground Railroad, tells the story of Cora, a Georgia slave whose mother Mabel ran away from the plantation, rendering young Cora a "stray" who has to fend for herself in the fields and in the slave quarter. One day a young man named Caesar approaches her with a plan: escape to the underground railroad, which has opened a station in Georgia.

Their journey takes them through stops in South Carolina, North Carolina, Tennessee, Indiana, and finally what Whitehead terms simply "The North." Each region represents "a state of possibility," a set of conditions separate from but not unlike chattel slavery, systems Cora and Caesar must confront in order to survive.

Readers, critics, and educators immediately recognized that The Underground Railroad was an important and timely innovation to the literary tradition of the slave narrative. Its publication date was moved up because Oprah, having read an advance copy, had already picked it for her book club! It became a #1 New York Times Bestseller, received the National Book Award for fiction in 2016, and then won the Pulitzer Prize for Fiction and the Andrew Carnegie Medal for Excellence in Fiction in 2017. It was also longlisted for the Man Booker Prize.

We look forward to sharing this book with you! In each of five emails, which you can schedule to receive at a pace that suits your needs, you will receive:

The Underground Railroad is one of twelve books included in the We the People Book Club, an opportunity to strengthen your vision of democracy by contemplating America's past and possibilities as presented by classic and contemporary literary voices. 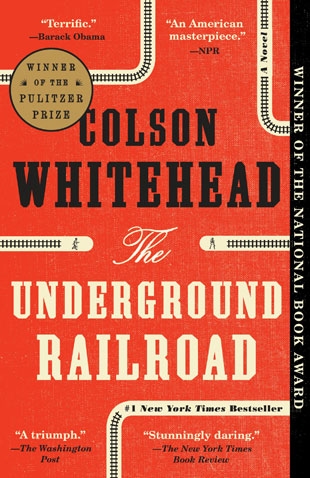