By We the People Book Club

The Sympathizer by Viet Thanh Nguyen is significant for a number of reasons. It is a page-turner with a definitively literary sensibility, a spy novel that doubles as a treatise on American culture and a philosophical reflection on the dynamics of power. More importantly in its context as an achievement in United States popular culture, The Sympathizer offers a Vietnamese refugee's perspective on the Vietnam War, a period in history Americans remember almost exclusively through their own narrow perspective; in the U.S., "Vietnam" is almost always a synecdoche for "The Vietnam War." One of the achievements of The Sympathizer is its power to remove this limitation in the American imagination, to restore "Vietnam" to its full meaning: a country, a people's home with a people's history.

The Sympathizer won a basketful of awards after its publication in 2015, among them the Pulitzer Prize for Fiction, the Andrew Carnegie Medal for Excellence in Fiction from the American Library Association, and the First Novel Prize from the Center for Fiction. Nothing Ever Dies (2016), the nonfiction counterpart to The Sympathizer, was a finalist for both the National Book Award and the National Book Critics Circle Award. In addition, Nguyen has recently received fellowships from the Guggenheim and MacArthur Foundations.

The Sympathizer is one of twelve books included in the We the People Book Club, an opportunity to strengthen your vision of democracy by contemplating America's past and possibilities as presented by classic and contemporary literary voices. You may also be interested in the other books in this series, which are listed on the book club's webpage. 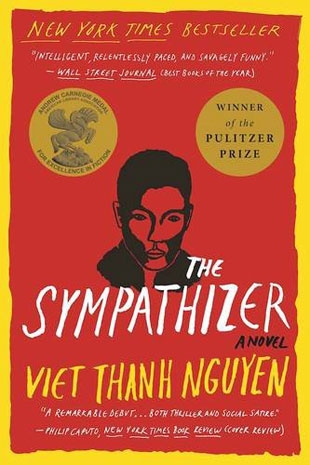