Directed by Steve James
A powerful, illuminating, and heart-affecting documentary about the long career of Roger Ebert and his courageous battle with cancer.

This documentary focuses on the long career of Roger Ebert, the Pulitzer Prize-winning film critic for The Chicago Sun-Times. He absolutely loved movies and did all he could to champion the works of such gifted directors as Ramin Bahrani (Man Push Cart), Gregory Nava (El Norte), and Errol Morris (Gates of Heaven). Director Werner Herzog called him "a soldier of cinema" and Martin Scorsese has always been grateful for Ebert's alertness to the art of this creative medium.

We learn many details about the life and work of this talented writer: how he started out producing his own newspaper while in grade school; his morally poignant editorials as editor of his college newspaper; his getting the film critic position at the Sun-Times; his loneliness and alcohol addiction until he went to A.A. in the late 70s; his swift rise to fame and glory when he was teamed with Gene Siskel of the Chicago Tribune for a program of movie reviews that broke new ground and caused controversy when it was given special perks by Hollywood.

Over the years, Siskel and Ebert often squabbled with each other as we see in a hilarious series of outtakes of promotional spots for the show in which they snap at and ridicule each other. Siskel's wife Marlene provides some insights on their competitive relationship. Ebert's drinking buddies comment on the foibles of his early years and the courage he later displayed in his losing battle against cancer which impaired his ability to eat, drink and speak.

After he was no longer able to appear on television or speak at conferences, Ebert shifted gears and kept his fans happy with a blog and his Facebook entries. At one point in his career, the critic defined cinema as "a machine that generates empathy." Many of his reviews were animated by this spiritual approach. Although they did not share this sensibility, three film critics (Richard Corliss of Time, Jonathan Rosenbaum of The Chicago Reader, and A. O. Scott of The New York Times) shed more light on Ebert's versatility as a writer and commentator on movies and assess his place in the pantheon of film criticism.

Ebert was single until the age of 50 when he met and married Chaz, an African-American civil rights lawyer with children of her own. We see her crucial role in her husband's continuing battle with one medical disaster after another. Through it all, she provides the loving companionship he needs before he makes the final decision to sign a do-not-resuscitate order.

Steve James has made a powerful, illuminating and heart-affecting documentary that does justice to Roger Ebert's fascinating life and career. 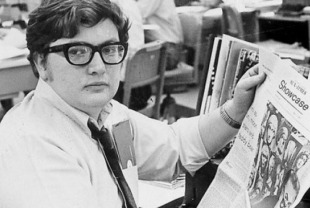 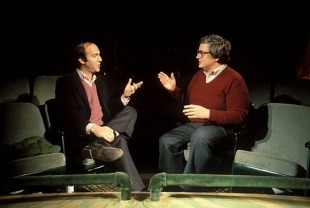 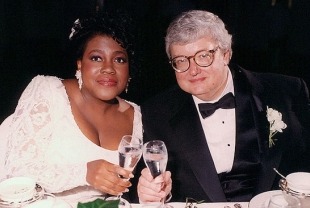 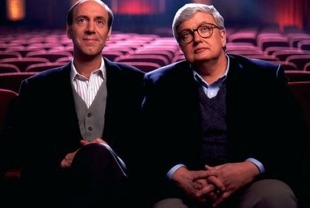