"Children have an incredible capacity for and receptivity to wonder, awe, and mystery. And they don't just marvel at the big things — rainbows, sunsets, tornados. They notice caterpillars, sparkly things on the ground, and spiderwebs shimmering in the light. They are open to holy distraction. Only for adults has the world become mundane. We've gotten used to it, we've seen it before, we know the answers. We're unimpressed with things that don't grab or demand our attention, or we're too rushed to care."

The Little Prince is the beloved novella by the French writer, poet, and aviator Antoine de Saint-Exupery written in 1943. It has been translated into 250 languages and sells over two million copies annually with total sales over 140 million copies. It recounts the encounter between an aviator who has crashed in the Sahara desert and a little boy who has come to Earth from an asteroid. The story was adapted into a live-action movie in 1974 directed by Stanley Donen with a batch of songs by Lerner and Loewe and a dance choreographed by Bob Fosse. This new film sports some truly astonishing animation that mimics some of the water-color illustrations in the book while also creating a new setting for the story. 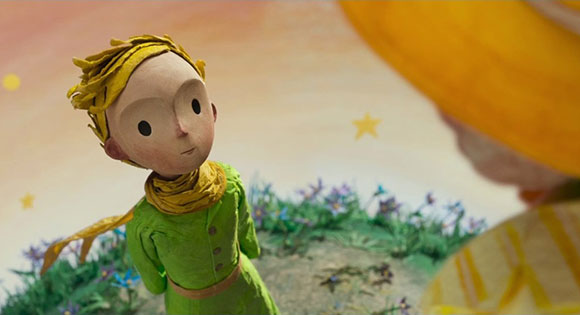 Mark Osborne (Kung Fu Panda) has taken this fable and added a second story about a little girl on top of it, thus revisiting some of the same themes as Saint-Exupery's original and bringing them into modern times. The parable's treatment of the value of friendship, the sharing of wisdom across the generations, and the importance of wonder, creativity, heart, and mystery ought to have great appeal to both children and the child in adults.

Since The Little Prince is a truly spiritual film, we'd like to set the stage for our recommendation of this animated movie with a stirring meditation on the inner journey by Paula D'Arcy, one of S&P's Living Spiritual Teachers.

"I used to think that there was a formula
or a set "way" to follow,
but the inner journey seems to have no one course.
Only that hands must be empty,
Heart must be seeking,
Treasured conclusions must be set aside.
Beliefs are small in front of Divine rightness.
It doesn't matter what I hold to be true.
All that matters is what is.
Such emptiness the Spirit demands
Such childlike trust
Such wanting."
— Paula D'Arcy in A New Set of Eyes 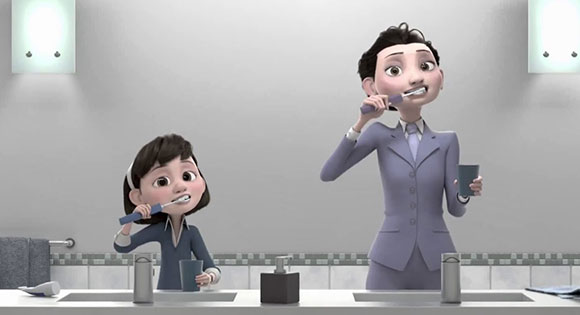 The Little Girl (voiced by Mackenzie Foy) has a very aggressive and competitive single parent mother (Rachel McAdams) whose dream is for her daughter, whom she calls "My Senior VP," to attend Werth Academy, the most exclusive and prestigious school in town. In order to achieve this goal, they have moved to a house near the Academy and she has designed a program of rigorous study affecting every aspect of The Little Girl's daily life. 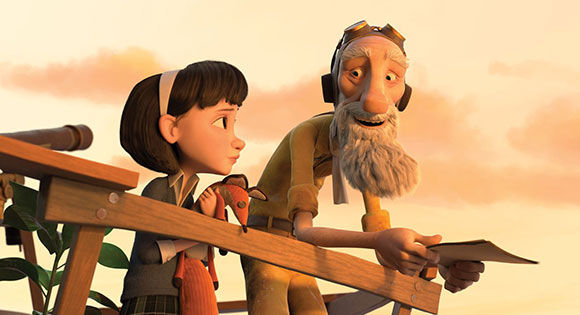 All that is upset when The Little Girl meets their new next-door neighbor, The Aviator (Jeff Bridges), an elderly oddball who makes an explosive entry into her life and begins to tell her the story of his experiences with The Little Prince (Riley Osborne), whom he met years ago when his plane crashed in the desert. The boy explains that he is the sole inhabitant of a faraway asteroid. He has come to earth looking for some sheep to help him keep down the trees that could destroy the place. He laments that he has had to leave behind his beloved, a beautiful Rose (Marion Cotillard). 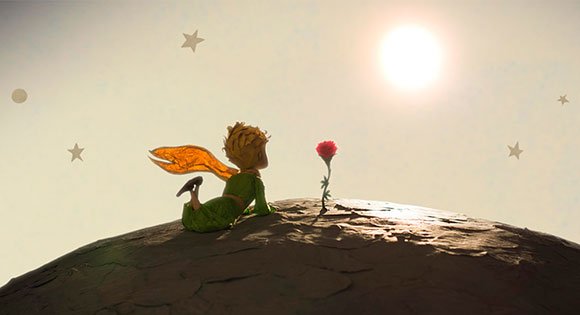 This pint-size vagabond has a loving heart, a keen appreciation of seeing clearly, and is curious and filled with wonder. He not only befriends the pilot but also a wild Fox (James Franco) who yearns to be tamed. This animal, who has the most beautiful tail, gives the Little Prince the secret of life: "It is only with the heart that one can see rightly; what is essential is invisible to the eye." The Little Prince tells the Aviator about his outer and inner journeys. Before Earth, he traveled to some asteroids where he met The Conceited Man (Ricky Gervais) who is always wants to be the center of attention; The King (Bud Cort) whose rules over nobody; The Businessman (Albert Brooks) who greedily wants to own all the stars in the night sky; and a few other adults and animals who have mucked up the world with their obsessions and character flaws. The Little Girl is fascinated by The Aviator's story and eagerly enters his playful and adventuresome world. Whereas her mother is intent upon rushing her into the adult world of accomplishments, the Aviator encourages her to enjoy her childhood.

In the last segment of the film, The Little Girl takes flight in the Aviator's plane and winds up in an alien world where adults are again bungling things and harassing children. The now adolescent Prince (Paul Rudd) is unable to remember who he really is. Through these dark experiences the Girl learns that every desert has a well and that well can be reached through an inner journey of love, generosity, compassion, and hope.

What We Learned from The Little Prince