Lo and Behold, Reveries of the Connected World

Directed by Werner Herzog
A bold and multidimensional documentary about the glories and the drawbacks of the Internet.

Werner Herzog is an inimitable documentary filmmaker whose curiosity, wonder and awe for the mysteries and eccentricities of our world is unbounded. One of the hallmarks of his work is his unmistakable voice-overs (with a distinctive German accent) which serve as the narrative threads holding the materials together. Here are five of his most recent documentaries which illustrate the diversity of themes that interest him:

In Lo and Behold, Reveries of the Connected World, Herzog tackles the complex, controversial, and mysterious Internet. He refers to this technological tool as "one of the greatest revolutions" in human history. This bold and multidimensional film is divided into 10 chapters: 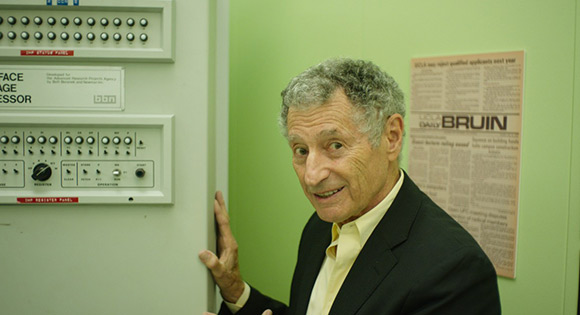 Here you will discover a breadth of material that ranges from the very serious to the extremely quirky and odd. Herzog begins with a terse history of the Internet's beginnings at U.C.L.A. during the 1960s. Leonard Kleinrock, a professor of computer science, takes us into the "holy room" where the first Internet computer remains. He recalls his feelings when a message was transmitted from this computer to the Stanford Research Institute on October 29, 1969. Programmers were on the phone confirming that the login was happening. Stanford replied that they had received the "L" and the "o." Then its computer crashed. So the first Internet message was "Lo." This documentary chronicles what happened beyond that.

Danny Hillis, another scientist, reminisces about a time when all the users of this technology could be identified in one directory. Now, he states, the global directory would be 72 miles thick. Another statistic which stands out is: "Today, about 3.2 billion people use the internet around the world." Herzog chimes in that CDs containing a single day's worth of global data would stretch "to Mars and back."

Here are some observations made in interviews with computer and robot specialists, hackers, technicians, programmers, gamers, and professors. 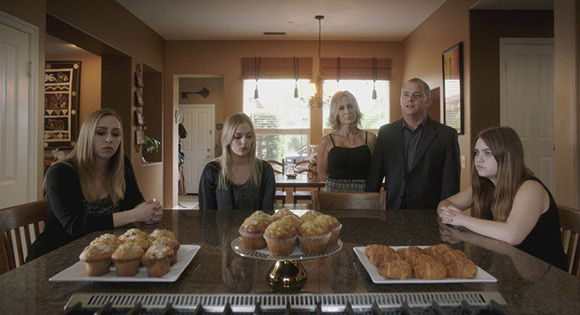 Also included is an account of abusive cyber behavior ending with a mother calling the Internet "a work of the Devil" after pictures of her dead child were widely circulated online. Herzog talks with several persons who are sensitive to electromagnetic waves and get radiation sickness; they now live in an isolated area totally off the grid. A segment on video-game addicts reveals that many of them have completely stopped being present to the real world; some have developed blood clots in their legs after sitting so long at their computers. Astronomers explain that a large solar flare, which has not happened in many years, could disrupt Internet communication worldwide, affecting all the food supply, water and other systems supporting modern life.

In a telling scene, we see a group of Buddhist monks standing in front of a city skyline and the question is posed, "Have the monks stopped meditating?" We see that they are not bowing their heads in prayer or meditation. All of them are totally focused on their cell phones. Herzog quotes a startling statistic: There will be 31 billion devices connected to the Internet by 2020. 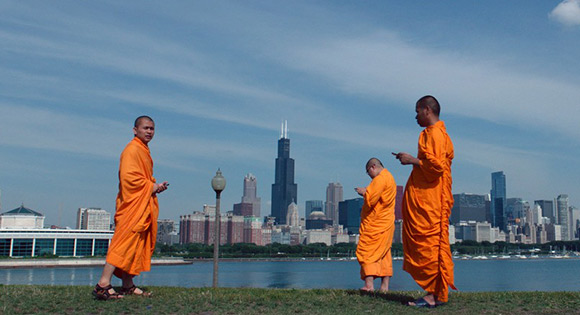 A famous New Yorker cartoon by Peter Steiner shows two dogs by a computer. The caption reads: "On the Internet, nobody knows you're a dog." It's good for a laugh, and it's also a reminder that Internet technology is raising many spiritual questions. Who are you? Where do you really live? And who are your companions? Don't miss this thought-provoking documentary!