Directed by Werner Herzog
A visually spectacular Werner Herzog documentary about volcanoes and the magical responses they evoke in people.

In this visually spectacular documentary, the inimitable Werner Herzog (Cave of Forgotten Dreams, Grizzly Man) visits some of the world's most amazing volcanoes. "Obviously there is a scientific side to our journey," says the writer, director, and narrator. "But what we are really chasing is the magical side, the demons, the new gods. This is the itinerary we have set for ourselves no matter how strange things may eventually get." 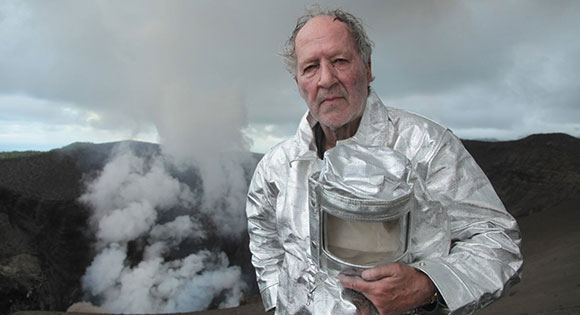 While shooting a segment of his film Encounters at the End of the World (2007) at the Mount Erebus volcano in Antarctica, Herzog met Clive Oppenheimer, a Cambridge professor of volcanology who possesses a wide-ranging knowledge of this natural phenomenon. They travel together and offer their ideas and responses to volcanoes in a variety of places including Indonesia, which has more of them than any other country in the world.

On the pacific island of Vanuatu, the local tribal chief and his brother claim to have talked with spirits in the volcano. In Iceland, Herzog looks at the Codex Regius, a collection of 13th century Norse poems which honors the places where volcanoes reside as being sacred. And in North Korea on a festival day, a band of college students sing praises for the spot where the mythology of their homeland came to life. Volcanoes, according to Herzog, signify the vulnerability and impermanence of plant, animal, mineral, and human life. 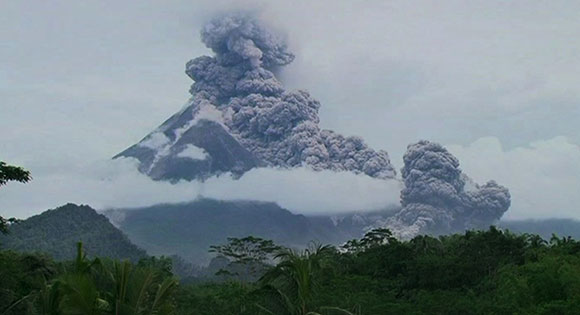 In Ethiopia, Oppenheimer joins a small group of fossil hunters who marvel at the human bones from 100,000 years ago found in the desert sand. Those people faced the terror of a massive volcano that could wipe out human civilization, a concern that remains today. An Australian cinematographer captures aerial views of the magma filled volcanoes, the power of eruptions, plus the fury of hot lava landslides. At one point, Herzog says that he is awed by "the strange beauty of the interior of our planet." After experiencing this wonderful documentary, you will be awed by it as well.