Directed by Sonia Kennebeck
A profile of three whistleblowers who are very critical of America's secret drone program.

Two recent narrative films — Good Kill, Eye in the Sky — have been very critical of drone warfare and the ethical slippery slope facing those using this new technology. The chief problem is collateral damage – the deaths of civilians.

In this haunting documentary directed by Sonia Kennebeck and executive produced by Wim Wenders and Earl Morris, we meet three former gung-ho Air Force veterans who were attracted to the adventure and service to America themes pitched in the recruitment ad campaigns for the military. Each of them has become a whistle-blower after having worked in the drones program gathering intelligence and following targets to be killed.

Heather is a troubled young woman who battles PTSD and is very critical of what she sees as the callous indifference of the military to the trauma suffered by drone program participants who day-by-day watched bodies being blown to bits. The reenactment of a strike where 23 civilians were taken down graphically illustrates the horror of this messed-up operation. Heather concludes, "I can say the drone program is wrong because I don't know how many people I've killed." 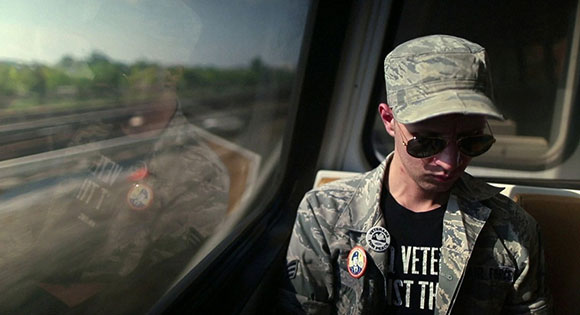 Daniel enlisted to avoid homelessness and was assigned to a top-secret drone-related operation with the National Security Agency at Fort Meade. His anti-war activities brought a raid by the FBI on his home. He contacted Jesselyn Radack to counsel him; she also represents Edward Snowden and other whistle-blowers who are upset about the military-industrial complex and its surveillance powers. The filmmaker notes that Dan has gone into hiding and no one has any idea where he is at present.

Lisa is a former drone system technical sergeant who is shocked when she receives a letter saluting her war efforts of helping to identify 121,000 insurgent targets over a two-year period. In order to make amends, she joins a neighbor on a mission of mercy trip to Afghanistan. Lisa meets a family who lost loved ones in a mistargeted drone attack. The dignity of these Muslims is a far cry from the barbarity of the drone operators in the reenacted segment who call their victims hajjis and ragheads. 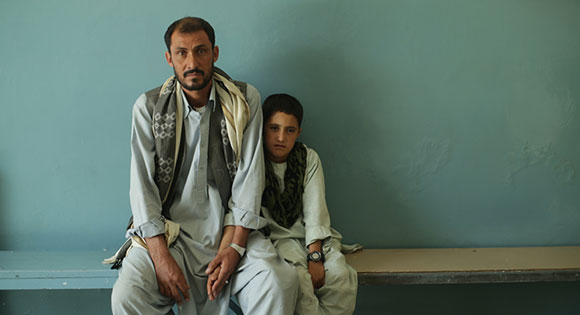 Even more disgusting are President Obama's speeches where he claims that the drone program has been able to kill insurgents without harming civilians. National Bird reveals that the United States needs a national discussion of our secret military drone program!