Directed by Theodore Melfi
The true story of three patient and patriotic African-American women who make an invaluable contribution to the success of the early space program.

Hidden Figures joins a select circle of moving and empowering films about mathematicians and theoretical physicists — A Beautiful Mind, Proof, The Theory of Everything, and The Man Who Knew Infinity. The names of Gus Grissom and John Glenn are familiar ones to those who know the history of the 20th century space race against Russia. The Russians were the first to have a capsule orbit the Earth and to send a man into orbit; fearful of Cold War weapons, the Americans were determined to catch up. 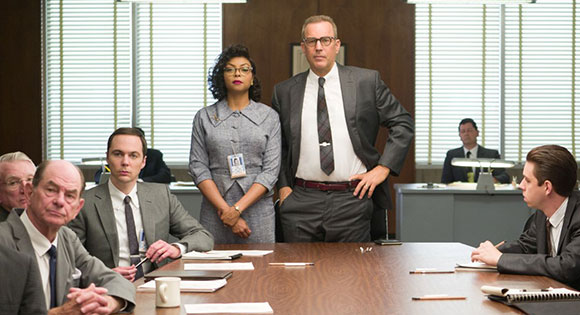 Few Americans know that among all the white men who became the face of the National Aeronautics and Space Administration (NASA) were three black women who played a huge role in the early days of the space program. Margot Lee Shetterly tells their inspiring story in Hidden Figures: The American Dream and the Untold Story of the Black Women Mathematicians Who Helped Win the Space Race. Director Theodore Melfi (St. Vincent) has adapted the book for the screen along with Allison Schroeder. As he demonstrated in St. Vincent, he has a knack for drawing out the emotional richness in scenes. In this film, we watch the three women face and overcome racist and sexist prejudice in Virginia, a state that in the early 1960s was still segregated with "colored-only" bathrooms and drinking fountains. 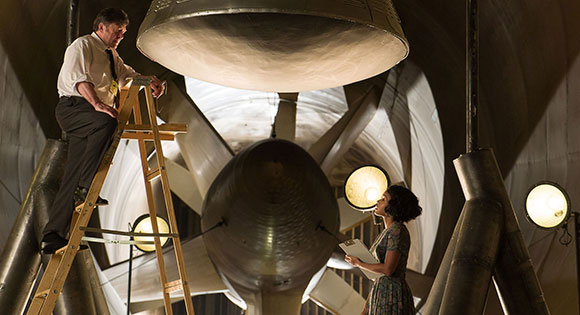 Katherine Goble (Taraji P. Henson) is a quiet child prodigy in mathematics who is assigned to work under Al Harrison (Kevin Costner) and his team of male engineers who are coordinating the flights of Atlas rockets. Although Paul Stafford (Jim Parsons), the lead engineer, repeatedly tries to humiliate Katherine, Al opens doors for her after he senses the depth of her commitment to the project and the brilliance of her mathematical calculations. She comes up with one solution after another for problems and becomes the go-to person to confirm calculations.

Katherine's two best friends are Dorothy (Octavia Spencer) and Mary (Janelle Monáe) who also have to work harder than others to overcome the virulence of Jim Crow laws. Dorothy's racist boss, Vivian (Kirsten Dunst), blocks her advancement to head NASA's team of black women, even though she is doing all the work of a supervisor. Mary has to convince a judge to permit her to take courses in a racially segregated school in order to fulfill the requirements to enter NASA's engineering program. All three women are members of a lively black Christian church and Katherine, who has three children, is being slowly courted by a military officer (Mahershala Ali). 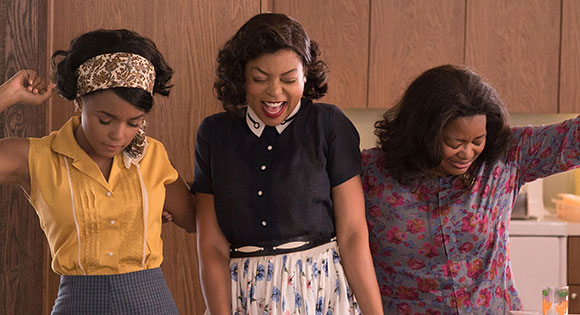 The patience and perseverance of these three African-American women is what makes this movie so moving. They manage to progress even in the face of blatant prejudice. They not only prove their gifts and talents, they do it with grace. The performances by Henson, Spencer, and Monáe shine and provide us with a portrait of three courageous fighters for justice.

PG - thematic elements and some language