Directed by Terry George
A well-acted drama about the Armenian genocide and three salutary individuals caught in a love triangle.

"Genocide is the most extreme of all crimes against humanity," writes Israel Charny, an Israeli psychologist and genocide scholar. In academic literature and international law this term refers to the mass killings of a particular national, ethnic, racial, or religious group. These horrific acts contain "severe blows to human rights, extreme displays of indifference to human suffering, and severe moral breakdowns of humanity."

The starting point for thinking about how to understand and deal with genocide is the Holocaust. Here Germans, propelled by the deep-seated hatred of Jews and animated by Hitler's demagoguery, without the slightest shred of mercy, killed men, women, and children.

This is an example of "eliminationism," a form of politics which targets threatening groups or populations and seeks to get rid of them through mass incarceration, expulsion, and murder. Mass annihilations are political acts and justified on the grounds that the victims are sub-human, vermin, criminals, and a dangerous threat to the community.

In Rwanda, the Hutu attacked the Tutsi and with incredibly intense barbarity killed about 800,000 men, women, and children in three months. Genocide has happened in Tibet, North Korea, the former Yugoslavia, Iraq, southern Sudan, the Democratic Republic of the Congo, and Darfur.

Although the United Nations, the Roman Catholic Church, the European Parliament, historians and scholars have lamented the Turkish slaughter of nearly 1.5 million Armenians during the early days of World War I, the Turkish government to this day refuses to confess any planned extermination of Armenians.

Three movies have tried with varied success to deal with this mass murders of men, women and children. Canadian-Armenian director Atom Egoyan's 2002 film Ararat compelled us to experience the toxicity of the Armenian genocide and its harrowing aftershock in the lives of a contemporary filmmaker, a confused young Armenian, and a screenplay writer.

The 2017 release The Ottoman Lieutenant depicts the love affair between a handsome Turkish officer who is quite taken with an American nurse who has come to help a Christian doctor in his work with Armenian children. As World War I begins, this adventuresome woman and the two men who love her, are caught up in the conflicts raging in the country. The film directed by Joseph Reuben does not blame Turkish authorities for violence against the Armenian Christian minority in the country.

The Promise is the third film on this controversial subject; it weighs in the side of the Armenians. Mikael (Oscar Isaac) is an Armenian who desperately wants to attend medical school in Constantinople. In order to do so, he promises to marry Maral (Angela Sarafyan) so that he can use her dowry to pay for his dream. 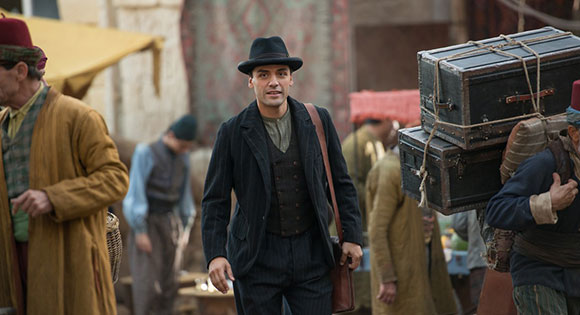 In the city, this soft-spoken and decent man is befriended by Emre Ogan (Marwan Kenzaro), a hedonistic medical student whose zealous father is a high-ranking Ottoman official. Attending a party with his friend, Mikael learns that many Turks fear that the Christian minority in the eastern part of the country will side with the Russians against them in the imminent war.

Mikael falls in love with Ana (Charlotte Le Bon), a pretty and perky Paris-educated tutor for his uncle; she is also Armenian. Her boyfriend Chris (Christian Bale) is a reporter with the Associated Press who is determined to tell the truth about what is happening throughout Turkey as World War I begins. 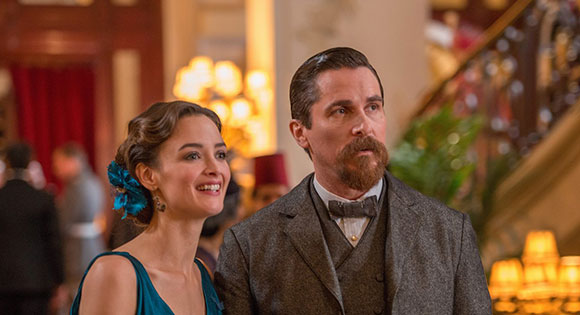 When Mikael is thrown in prison and then assigned to a harrowing work camp, he learns that Turks are murdering whole villages of Armenians, and he fears for his own family. Meanwhile, Ana has gone to help with a Protestant mission who are trying to get Armenian orphans out of the country. Chris is briefly imprisoned for being a spy, but joins up with a French ship sent to evacuate the Armenians. 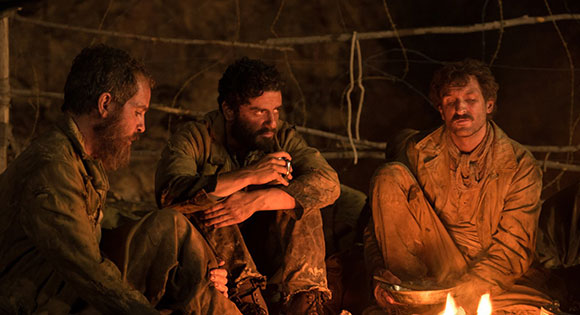 The Promise is carried by the intense emotional performances of Isaac, Le Bon, and Bale as they struggle to survive while dealing with their romantic love triangle. Terry George directs this film with the same kind of patience and focus as he did with Hotel Rwanda, a riveting drama about African genocide. One of the surprises in The Promise is the positive portraits of a diverse group of clergy who are doing their best to serve others in the midst of violence, chaos, loss, and injustice.