Directed by Stephen Chbosky
An extraordinarily sensitive drama that tutors us in the spiritual practices of wonder and kindness.

"From wonder into wonder
Existence opens."

Auggie (Jacob Tremblay) came into this world with a congenital disorder resulting in facial differences. He has had 27 surgeries in the ten years of his life. He is fortunate to have two parents and an older sister who lavish love and affirmation upon him. 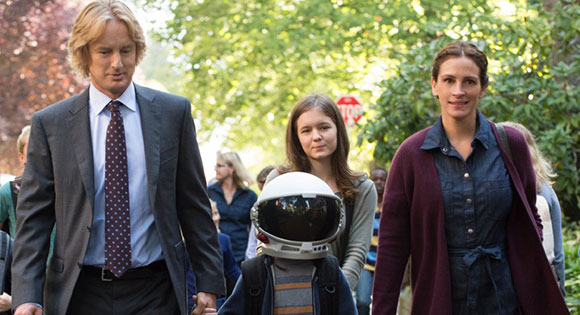 His mom Isabel (Julia Roberts) has home-schooled Auggie which has paid off handsomely; he excels in science and even can imagine himself blasting off to the moon someday. His tender and nurturing father Nate (Owen Wilson) is attentive to his son's many moods and uses humor as a healing medicine. His teenage sister Via (Izabela Vidovic) has connected with the loneliness and isolation caused by Auggie's condition and constantly offers support to him.

The family are all there when this very anxious boy takes off the space helmet that he hides under when he is outside and enters public school for the first time as a fifth-grader. The stares, glares, and derisive laughter of his classmates is a far cry from the hospitality and friendliness Auggie has received from Mr. Tushman (Mandy Patinkin), the principal. Soon Auggie is doubting his parents' belief that he can enter the "normal" world. 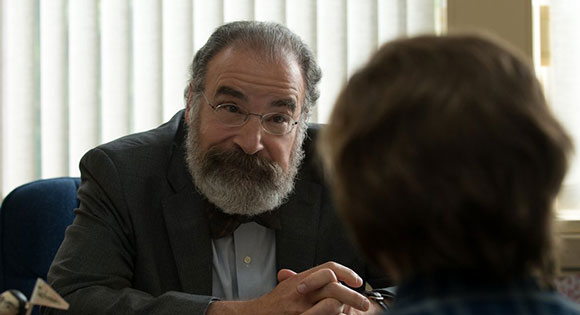 It doesn't take long for Julian (Bryce Gheisar), a rich kid who instantly dislikes this weird outsider, to start bullying him. Others join him in a game called the Plague where students fear they will catch a disease if they touch Auggie. The first student to reach out to the outsider is Jack Will (Noah Jupe), a scholarship student who eventually becomes his best friend and collaborator in a science project. When their friendship is strained, Summer (Millie David), an African American girl, sits down with Auggie at a lunch table where he usually eats alone. At first, she just feels sorry for him, but then she realizes he’s a lot of fun and she enjoys being with him. 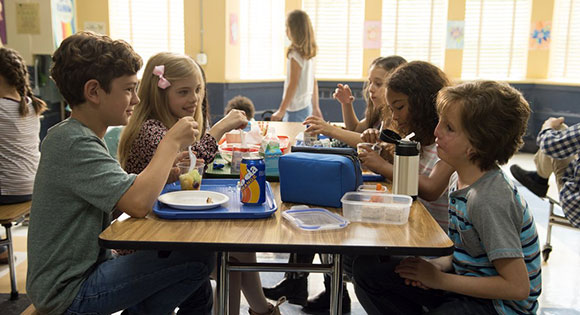 Writer and director Stephen Chbosky (The Perks of Being a Wallflower) has done a marvelous job adapting the 2013 bestselling novel by R. J. Palacio for the screen. The book sparked a movement "Choose Kind" (with a social media hashtag #choosekind) based on one of the precepts offered by Auggie's homeroom teacher, Mr. Browne (Daveed Diggs). It’s a quote from spiritual teacher Wayne Dyer: "When given the choice between being right or being kind, choose kind." 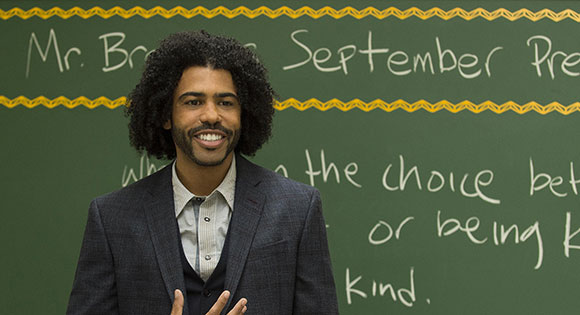 With just the right mix of dramatic and melodramatic scenes, Chbosky has made a heart-affecting movie that shows the potential of the human spirit to transcend physical differences. We recalled how Mask and The Elephant Man testified to the same truth. That is one reason why we consider Wonder to be one of the Most Spiritually Literate Films of the year. Here are some others.

Philosopher Sam Keen coined this term, which has always been a favorite of ours. Certainly this loving family of four demonstrates an ability to keep their curiosity alive and appreciate the wonders all around them. One of Auggie’s coping strategies is to use his imagination. “If you don’t like where you are, then picture where you want to be.”

We also appreciated the way the drama begins with Auggie's challenges and then moves on to tell the stories of Jack Will, Via, and her best friend Miranda (Danielle Rose Russell). In a touching scene from Via’s story, we see how her grandmother (Sonia Braga) affirms her ability to listen to others and helps her find her place in the family circle. As Miranda shares her reactions to Auggie’s family, we realize how important it is for all of us to feel special. This expansion of perspectives gives everything happening on the screen a rich and pensive quality.

Some stories although set in our times don’t really deal with the challenges of our world. This one does. It depicts the humiliation and pain Auggie faces when he is bullied by a classmate and avoided by others at school just because he looks different. We recognize how many in our society – people of color, Native Americans, immigrants – are treated like a “mysterious outsider,” and we are encouraged to reflect upon how we can lessen hostility toward them. Once we see beyond the surface, we will find things we have in common and enjoy being in each other’s company.

The film reminds us of writer Kurt Vonnegut’s statement that the religion of the future may praise "Our Lady of Perpetual Astonishment." A key practice of this spiritual path would be savoring through our senses the wonders of life. We will learn from self-observation that envy, selfishness, and putting ourselves first can all erode our capacity for wonder. Then by contemplating the variety of creation, we will come to appreciate differences and diversity in all its dramatic intensity.

Wonder is a precious spiritual quality, and as we see in the film Wonder, it seeds our friendships and carries our hearts.