Directed by Eran Riklis
A well-acted thriller about trust between a vulnerable Israeli agent and the Lebanese woman she is assigned to protect.

We really appreciated The Syrian Bride and Lemon Tree, two superb films by director Eran Riklis. They both made our annual "Most Spiritually Literate Films" lists.

The Syrian Bride is a movie about a wedding at the border of Israel and Syria. It depicts the ways in which bureaucracy, racial hatred, pride, and prejudice can separate people from one another. Riklis does a marvelous job orchestrating all the tensions in the drama and enables us to think more seriously about the spiritual practices of hospitality and openness.

Shelter is another tense movie that explores what is needed to connect across cultural divides. Here the protagonists are on the same side politically but come from very different backgrounds.

In Hamburg, Germany, Naomi (Neta Riskin), an Israeli Mossad agent, is looking after Mona (Golshifteh Farahani), a Lebanese informer who has just undergone plastic surgery to disguise her identity. After her recovery, she will be relocated to Canada. 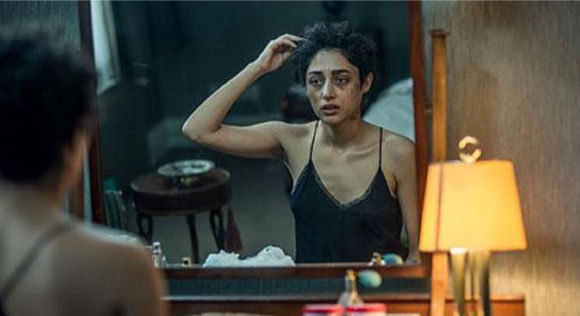 For Naomi, this dangerous assignment comes at a time when she is feeling quite vulnerable and self-doubting, given the recent death of her husband, also an agent. She is trying to get pregnant with artificial insemination and is uneasy about what the future might bring.

Mona has her reasons for working with Mossad, but she doesn't reveal them. She may be motivated by a failed relationship with a terrorist, who with his buddies is now trying to locate and eliminate her. Meanwhile, the Germans and the Americans are watching the situation with their own agendas. 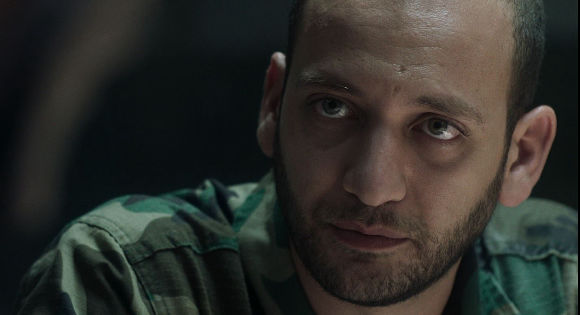 Director Riklis has a keen sense of the always surprising ways in which human beings act under stress. The dangers pressing upon Naomi and Mona compel them to share intimacies with each other. As they become friends, we find ourselves fearing even more for their safety.

Most of the film takes place inside the safehouse where the two women are staying. The question that runs like a current through the story is, can they ever be safe? The director states: "Nothing is safe. Nobody is secure. No one is immune. Everyone is searching for shelter." 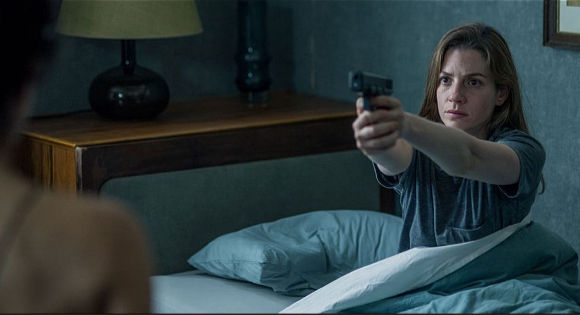 Shelter is buoyed by the strong and engaging performances by Riskin and Farahani (who played the cheerful wife in Paterson). The tattered nature of trust during what cultural critics have called "an age of relentless terrorism" comes across poignantly.