Directed by Chloe Zhao
A deeply spiritual film about a Native American's experiences of loss, caregiving, and starting over.

"Oh, my friend, it's not what they take from you that counts. It's what you do with what you have left."
- Former U.S. Vice President Hubert Humphrey

Chloe Zhao is a Chinese-born, U.S.-based independent filmmaker whose debut feature was Songs My Brothers Taught Me (2015), a drama set on South Dakota's Pine Ridge Indian Reservation about a brother and sister trying to find where they belong. While shooting this emotionally rich tale, Zhao met Brady Jandreau, an up-and-coming rodeo star whose career was cut short when he was thrown from a bucking horse and sustained a serious head injury. For her next project, the director decided she would tell the story of the transition period after this traumatic injury. The Rider is the result. It is a creative and involving blend of fact and fiction made authentic by the presence of Brady Jandreau as the star and two members of his real-life family, Tim Jandreau as his father Wayne and Lilly Jandreau as his sister Lilly. 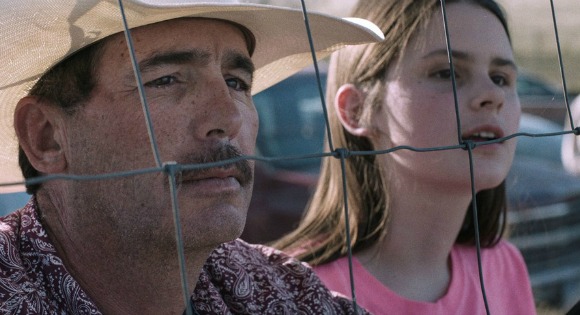 With horses, familiarity breeds comfort. If you haven't been around horses for a while (or ever), the best activity is to watch the horses. Familiarize yourself with the way they move and behave.
-- Novelist Jane Smiley

In the opening scenes, we see Brady removing the bandage from the side of his head, revealing a stapled together scalp. With a metal plate in his head, he is under strict orders from his doctor not to return to the saddle. He's taking pain killers and is having partial complex seizures that cause his right hand to clinch into a fist. Nonetheless, he takes a job training a wild horse. The owner watches in wonder as Brady slowly approaches the horse and touches him gently until he can climb onto its back. 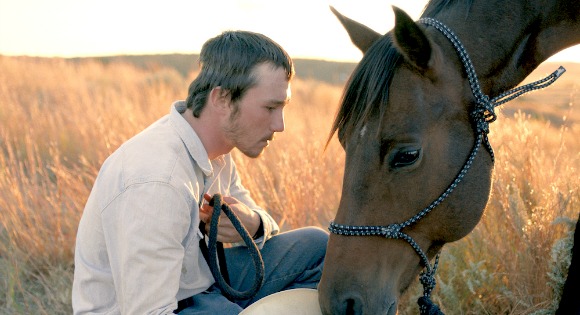 But things are tough. Without his rodeo income, his father, a gambler, sells his favorite horse Gus. Before one last ride on the white stallion, Brady offers a prayer that he will be safe. Later he is able to buy a rambunctious horse who has been mistreated and has begun to buck. In this training session, he uses a different approach. Apollo comes around and is soon coming to his whistle out on the range.

In all of these scenes, we keenly sense the ache in Brady's heart when again and again he is brought face-to-face with the imminent end of what he does best. "God gives each of us a purpose," he says. "For a horse it's to run across the prairie. For a cowboy, it's to ride."

It's the ropes and the reins, and the joy and the pain. And they call the thing rodeo.
-- Singer/songwriter Garth Brooks

Brady's best friends are a band of American Indian cowboys who share with him the rodeo world of ropes and reins; they are genuinely hopeful that he will one day return to the sport. Late one night, they build a bonfire on the prairie and tell rodeo stories, including some about their friend Lane, a former bull rider who is now paralyzed and unable to speak. One of them offers a mystical prayer for Lane, saying "We are him and he is us. We all one together." It is in this communal oneness that the exquisite cinematography of Joshua James Richard conveys throughout the film. Vista after vista celebrates the rugged landscape these men call home. 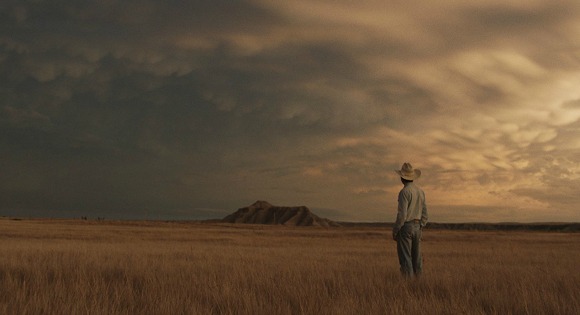 We must be willing to get rid of the life we've planned, so as to have the life that is waiting for us. The old skin has to be shed before the new one can come.
-- Mythologist Joseph Campbell

As Brady struggles to leave behind the dream that has animated him all of his life, he is fortunate to be blessed by two loving allies. One is his 15-year-old sister Lilly, who has Asperger's syndrome. Her constant chatter, musical ditties, gentle touch, and empathy for her brother's pain lifts this family relationship up as a major force in helping Brady see what is called for in the shedding of his old skin.

Do what you can, with what you have, where you are.
-- Former U.S. President Theodore Roosevelt 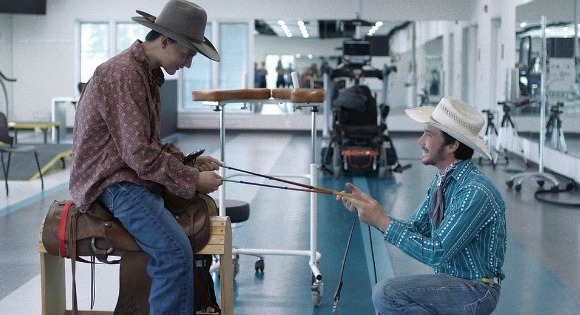 The other important relationship is with his best friend Lane (Lane Scott). They watch rodeo videos and communicate with hugs and encouraging looks. In the physical therapy room, Brady helps Lane get back into a saddle and directs him in using the ropes as if he were riding. This masterful moment of caregiving reveals the transformative power of hope, love, and compassion. Watching it, you'll understand why we think Chloe Zhao's The Rider is one of the most spiritually literate films of 2018.