Directed by Paul King
A sweet family film about a talking bear whose spiritual practice of kindness is what we need so desperately in our times.

"If we're kind and polite, the world will be right."
— Paddington

We have not been pleased with the deluge of American films aimed at children and their families, mostly animated or like this one, featuring computer-animated animals and a cast of actors. Most seem to be propelled by violence, loud music, and exaggerated comic characters. It's been a long time since we've enjoyed such refreshing alternatives as Babe (1995) and Babe: Pig in the City, stories about a well-mannered pig's adventures which taught children and the child in us the value of kindness. 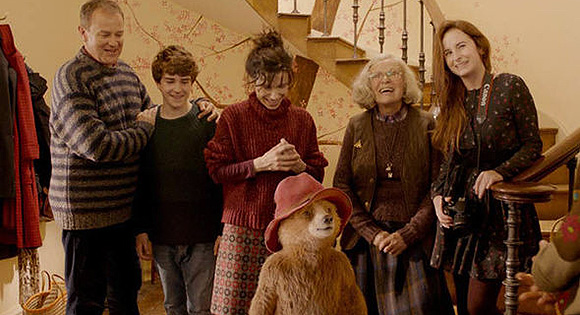 We're happy to report that kindness is back in Paddington 2, a delightful, warm-hearted family film. The lead character (voiced by Ben Whishaw) is a child-sized talking bear raised in Peru by his Aunt Lucy (voiced by Imelda Staunton) who teaches him the spiritual qualities which form his character. At the tender age of seven, he arrived in London and became a happy member of the unconventional Brown family (Sally Hawkins, Hugh Bonneville, Madeleine Harris, Samuel Joslin) who, along with their housekeeper Mrs. Bird (Julie Walters) treat him like royalty. As this film opens, he greets all his friends in the Windsor Park neighborhood.

Looking for a present for Aunt Lucy's 100th birthday, Paddington visits an antique store where the quirky dealer (Jim Broadbent) shows him an one-of-a-kind pop-up book containing images of London's landmarks. Since Aunt Lucy has always wanted to see London, Paddington asks him to set the book aside while he earns the money to buy it by washing windows and doing other menial jobs. In one of the film's funniest sequences, we watch Paddington botch cutting a judge's hair in a barber shop. This mistake will come back to haunt him! 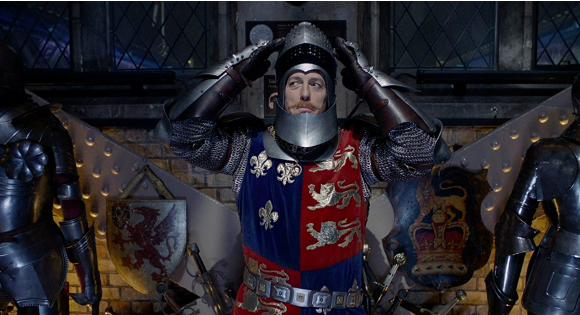 Meanwhile, Phoenix Buchanan (Hugh Grant), a self-absorbed actor now only doing dog food commercials, desperately wants some money to launch a one-man show. He knows that the pop-up book contains the clues to the location of a treasure, so he breaks into the antique store and steals it. Paddington chases the thief and winds up being apprehended by some bigoted policemen who suspect him of the crime. Soon the open-hearted bear is tried for robbery and sent to prison.

"Life would be easier, time would be breezier, if you loved your neighbor."
— a song from Paddington 2

Writer and director Paul King does a subtle and commendable job conveying this film's celebration of the spiritual practice of kindness. We marvel at the respect Pennington has for his Aunt and all elders; we watch him win the friendship of a handful of neighbors who look forward every morning to his well wishes and good deeds; and in a glimpse of his experiences in jail, we witness the miraculous process whereby he turns the nasty cook Nuckles McGinty (Brendan Gleeson) from an enemy into a friend by sharing with him a delicious recipe for marmalade sandwiches; soon his open-heartedness has transformed the whole prison. 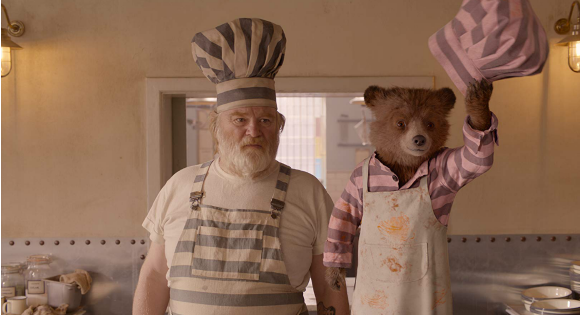 We're sure Paddington would agree with these spiritual takes on kindness; he illustrates them beautifully.