Directed by Garth Davis
A creative, relevant, and reverent film about Mary Magdalene, a deeply spiritual woman for all ages.

"Of all the disciples, none seems to have been as independent, strong and close to Jesus as Mary Magdalene " writes Marvin Meyer, an expert on the Nag Hammadi library and the texts about Jesus outside the New Testament. This remarkable and relevant film directed by Garth Davis focuses on Mary as Magdalene as the "Apostle of the Apostles," giving us a portrait of her role among the early followers of Jesus. We see Jesus and the movement around him through her eyes.

In a small town by the sea, Mary (Rooney Mara) works with her birth family as a fisher woman. Her controlling father, who believes he is doing the best for her, has chosen a widower with several children for her to marry. Although she has just been able to calm a mother giving birth, Mary is convinced that she is not made for the traditional role of wife and mother. Her father admits that he doesn't know who she is anymore. He and her brothers drag Mary to the sea and force her under the water in order to expel the demon they are convinced is controlling her behavior. Mary becomes even more convinced that she does not belong in this community. 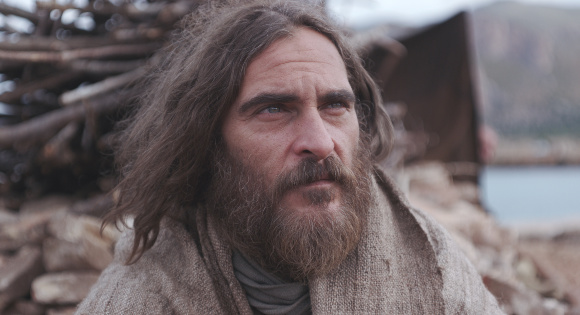 Meanwhile, a new teacher, Jesus (Joaquin Phoenix) whom they call "Rabbi," has been preaching and performing healings in the area. Mary tells him about the attempted exorcism. When Jesus asks her what she longs for, she replies "To know God." Looking deeply into her eyes, he recognizes that "There are no demons here." The next day, hearing him speak, she receives a taste of her mission:

"Look at the people suffering, crying out for help, for mercy, for justice. . . Will you align yourself to the will of God until every act of love, every thought of care, and every breath is taken in union? That is faith. And that faith will have you feed the suffering to ease their pain. And it is that faith, your faith, which will lead you to God's kingdom."

At one point Mary asks Jesus what it feels like to be one with God. This is one of many times in the film when both Jesus and Mary are revealed to be mystics. They use a common practice among mystics, gazing into another's eyes. Here's how Will Johnson describes it in a book on Rumi's Four Essential Practices:

"Because the eyes are universally acknowledged to be the windows to the soul, when we hold the gaze of another, we hold and cradle his or her soul. This most intimate of acts is reserved as a privilege for people who love and trust one another. Newborn children are natural adepts at the practice and are often able to draw their parents into gazing at them for long periods of time. People newly in love may find that they automatically fall into gazing at each other as a natural expression of the love that they feel.

"When eye contact between two people is initiated and maintained, an invisible energetic circuit is established between the two participants, dissolving the barriers that ordinarily separate them from each other, drawing them ever closer into a shared awareness of union." 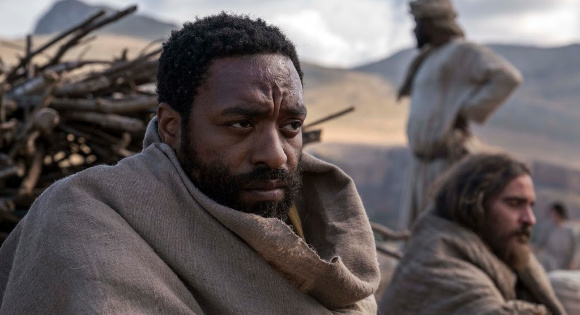 Mary now joins the small contentious group following Jesus. Peter (Chiwetel Ejiofor), one of the leaders, predicts that she will divide them and people will judge them for having a woman in their midst. Judas (Tahar Rahim) is more friendly, explaining his excitement about Jesus ushering in a new kingdom where he expects to be reunited with his dead wife and child. Mary is troubled to hear the apostles talking about leading the people to rise up in revolt against the Romans; she reminds them that the prophet predicted a "Prince of Peace."

There are some very moving scenes in this film that show Mary's growing favor with Jesus. In one village, he meets with some women who tell him that their lives are not their own. As Mary stands next to him, he tells them that their spirits are their own but they must also forgive those who have wronged them, rather than carry hate in their hearts. He then authorizes Mary to baptize the women.

"We pray for mercy, we expect mercy. What we find difficult to do is to be merciful to those in need of it. Or as George Eliot says, 'We hand folks over to God's mercy, and show none ourselves.' The great spiritual question is not whether or not this person, this situation deserves mercy. It is about whether or not we ourselves are capable of showing it."
-- Joan Chittister in The Way of Mercy, edited by Christine M. Bochen

In another very moving moment, Mary and Peter come upon a group of starving and sick people in a cave. Although Peter insists there is nothing they can do to help them, Mary will not leave; she gets water and ministers to them one after another. She expresses a key lesson: "You are seen and heard in every act of care. You answer to God in every act of love." This is mercy, which Jesus later demonstrates when he raises Lazarus from the dead. After these vignettes of Mary and Jesus on the road, often filled with long periods of silence, the screenplay writers, Helen Edmundson and Philippa Goslett, present us with glimpses of Jesus' journey to Jerusalem, his confrontation with the authorities in the temple, his last dinner with the disciples, and his carrying the cross and death at Golgotha. His mother Mary, creating a touching pieta, holds his broken body. And finally, Mary keeps watch at his tomb and is the first to witness his risen body.

"Mary Magdalene is seen as 'first among the apostles' not simply in a chronological sense (because she was the first on the scene at the resurrection) but in a more fundamental way: because she gets the message. Of all the disciples, she is the only one who fully understands what Jesus is teaching, and can reproduce it in her own life. Her position of leadership is earned, and it is specifically validated by Jesus himself."
-- Cynthia Bourgeault in The Meaning of Mary Magdalene

The final scenes underscores Mary's position as someone who truly understood Jesus' message. Predictably, when she reports having seen Jesus alive again, the other disciples question why this miracle was revealed to her and not to them. This is an example of the attempts throughout church history to put aside her influence and teaching. Pay attention to her last speech; it's one of the most concise statements of Christian mission ever expressed in a dramatic film.

Mary Magdalene is an important movie for Christians and contemporary spiritual women. We have recommended many films about the life of Jesus and those who have followed in his train. This one fills a big gap. It affirms the role that woman can play – and always have played – in spreading the teachings of Jesus and his deep respect for women. As such, it could not be more relevant to today's concerns about women's rights and power. Here is a reverent and creative account of a devout, caring, compassionate, contemplative, and wise apostle of Jesus. R - some bloody and disturbing images