Angels Are Made of Light

Directed by James Longley
An engaging documentary about Afghanistan's youth that activates our empathy.

Twelve years ago film director James Longley released his Oscar-nominated documentary Iraq in Fragments. With the same appreciation for the human spirit and deep respect for the vulnerability and resiliency of those living in war zones, this MacArthur Foundation "Genius" Award-winner shot his latest film in Afghanistan. In a Director's Statement, he explains that he wants to give audiences an "opportunity to think about Afghanistan from an interior, civilian perspective." To do so, he decided to film at a school:

"A school provides the kind of neutral territory that allows extended filming without putting too much social pressure on any one individual or family. A school is a place of learning — it’s also a good place to learn about a country. The job of a school is to instill the foundational ideas of a society, ideas which — in Afghanistan — have been the subject of much disputation. Because children’s education impacts the future, it is also possible to learn something about the future of Afghanistan by spending time in its schools." 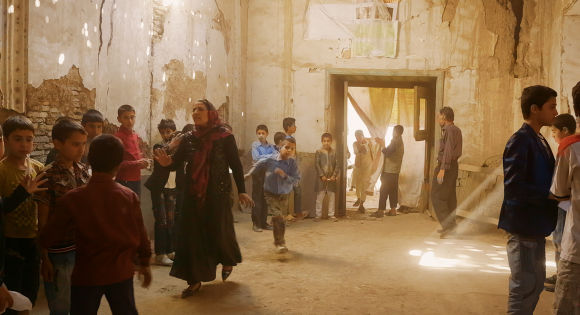 According to a report by Counterpart and the Rieff Center for Human Rights, a staggering 63% of the population of Afghanistan is under 25. The city of Kabul is pocketed with ruined buildings, muddy streets, and shabby structures, reminding the people who live and work there of years of war with the Soviets, civil war, the Taliban occupation, and American war efforts. This is the city most of the young people know. But there is more to the city than the effects of war.

Angels Are Made of Light paints a picture of civilian life in Kabul today by filming at the Daqiqi Balkhi School, focusing on students ranging in age from 8 through 13. One of the teachers, Fazula, has three sons. We hear from them and others through voice-over commentaries. Honest, stirring, and occasionally sad, these texts are drawn from unscripted audio interviews with the boys. 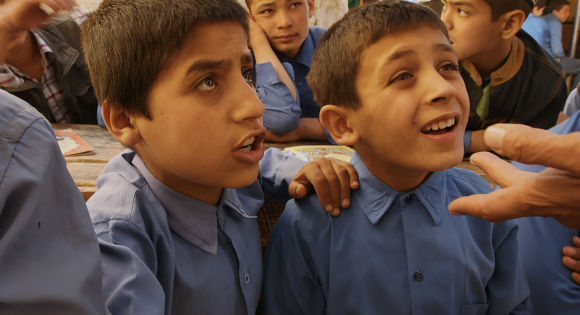 Sohrab has an immense love of books, seeing them as a gateway to becoming "aware of everything." He hopes to write about his country someday. His younger brother Yaldash complains about the boredom of working at his father's insistence in a tin shop. The oldest brother, Rostam, has a job at an auto shop and plans to be a mechanic.

All three of these Afghan boys want to make something worthwhile of their lives but seem torn between hope and fears about an uncertain future. One of them expresses his stress by noting: "If I keep working, I'll never study and fail; if study hard, I'll lose my job and starve." The boys talk often about their belief in God, whose power they see all around them. They have their own theories about what is behind all the problems in their country. 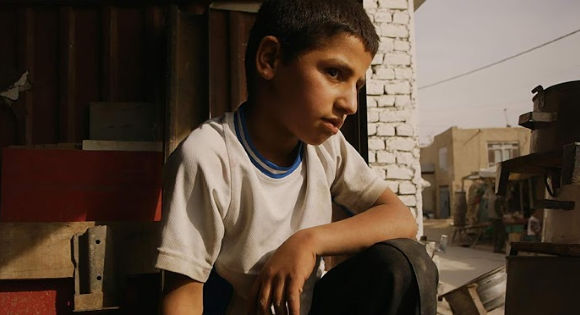 Several scenes in the documentary take place during the annual Teacher Appreciation Days during which the boys give speeches in tribute to their teachers, including the principal Nik Mohammed. We can understand why these educators are held in such high regard. One assures the boys that "Everyone has a heavy heart sometimes." Another has his students draw parrots and asks such questions as "What shapes have you seen in clouds?" 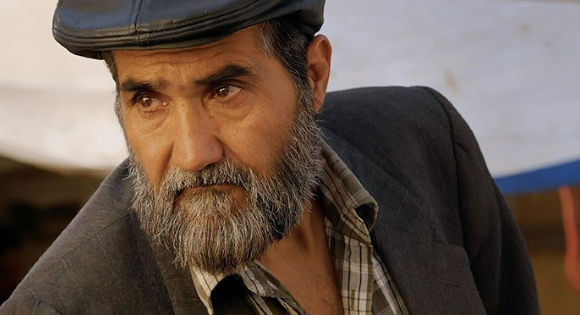 The adults lament that the younger generation has learned about fighting but not how to live a normal life. The school custodian, Rogul, recalls better days in Kabul. Archival footage gives us images of happier, peaceful times, a time described as one of "respect, gratitude, and mercy."

Angels Are Made of Light encourages us to follow the lead of these three boys and try to make sense of the world around us. It offers us opportunities to practice empathy. As David Augsburger writes in Hate-Work:

"Empathy recognizes that there is not one world, but many worlds. We differ, our worlds of assumptions differ, and it's through the differences, not the similarities, that we come to appreciate our real humanity. … Empathy enters the other's world as a guest. It does not forget the manners of the guest/host relationship. In the museum of another's memories, one must be even more gentle and respectful than when visiting one's own. Reverence for the sacredness of your own memories and secrets is self-compassion. Compassion for another is a similar reverence for the sanctity of another's soul."