A Towering Task: The Story of the Peace Corps

Directed by Alana DeJoseph
An enlightening and inspiring 60-year history of the Peace Corps.

A Towering Task: The Story of the Peace Corps will have virtual theatrical releases across the U.S. beginning May 22, 2020.

The new president was asking all Americans to contribute to the public good and create a new era in American life. And he was signaling to the world that he welcomed collaborative activities to seek peace and freedom.

The Kennedy administration then moved quickly to provide opportunities to make these big and bold goals possible. One was the establishment on March 1, 1961, by executive order of a U.S. government agency of volunteers called the Peace Corps. Its purpose was to promote world peace and friendship between the United States and developing countries by sending volunteers to work in the fields of education, agriculture, health, trade, information technology, and women's economic empowerment.

President Kennedy asked his brother-in-law, Sargent Shriver, to figure out how to make this work and convince the Congress to fund the project, which they did in September. Shriver rose to the occasion with gusto, getting the new agency up and running in record time. Soon thousands of people, mostly recent college grads eager to use their talents and energies, had applied. After three months of training, based upon their education and experience, they were sent to countries that had invited them. Once abroad, Peace Corps volunteers functioned as good neighbors in the host countries by learning the language and living in conditions similar to those welcoming them. 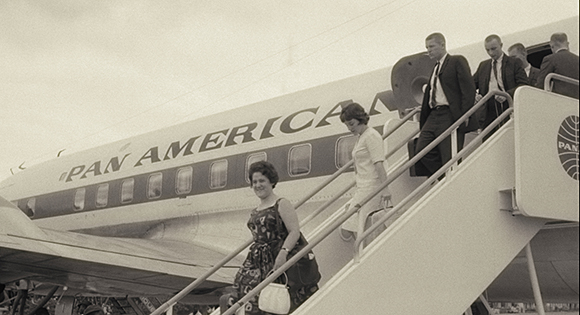 A Towering Task: The Story of the Peace Corps offers a well-organized and enlightening overview of the history of this remarkable undertaking. The Peace Corps grew from 900 volunteers in 1961 to a highpoint of 15,556 volunteers in 1966. Many people who remember those days may not be as familiar with the later history. Its impact declined during the Vietnam War, but bounced back when Ronald Reagan appointed Loret Miller Ruppe as the Director; she proved to be an able administrator and evangelist for the agency.

There were threats to its mission. Some host country nationals suspected that volunteers were really CIA agents. At home, some questioned decisions to send volunteers to Eastern Europe and Russia after the end of the Cold War. At the same time, there were remarkable accomplishments, such as the role Peace Corps volunteers played in helping the people during the civil war in the Dominican Republic and their work during the HIV/AIDS and Ebola crises in Africa.

In 2020, there were already hundreds of thousands of Returned Peace Corps Volunteers (RPCVs) sharing stories of life-changing experiences during their tours. And some 7,300 volunteers were serving around the world. 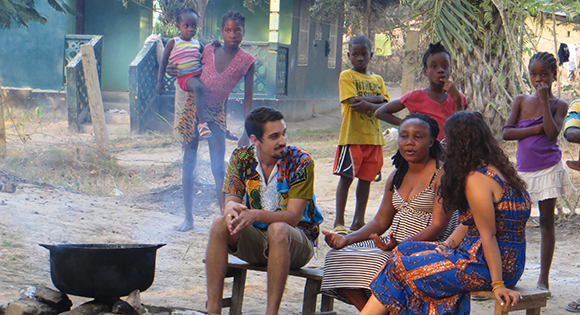 Directed by Alana DeJoseph and narrated by Annette Bening, this documentary includes interviews with RPCVs, including Senator Chris Dodd, Congresswoman Donna Shalala, Congressman Joe Kennedy, and others; Maria and Tom Shriver, who talk about their father's work; current and former staffers including Harris Wofford and Bill Josephson; President Jimmy Carter who mother and grandson were PCVs; and others. Historians John Coyne, Elizabeth Cobbs, and Gerard R. Rice and nationals from the countries where volunteers served provide context and insights into the Peace Corps' accomplishments. Archival footage takes viewers to early training programs and overseas posts, juxtaposing them with historical events. The film presents a detailed and inspiring portrait of the agency that dared to demonstrate how to truly give peace a chance.

Director DeJoseph is herself a RPCV and decided that this documentary was needed now as countries around the world are turning inward and even forgoing alliances. She has said: "In a time when the American public either has a very antiquated notion of the Peace Corps, informed by an almost mythological awe of the 60s, or is not even aware that the agency still exits, it is high time to bring this unique organization back into the public discourse, to raise the level of the discussion from quaint to crucial." We could not agree more.