Directed by Jeff Orlowski
Explanations and predictions from some of the creators of social media about the consequences of our growing dependence upon digital communications.

There are some sobering moments at the end of this Netflix documentary. We learn that many people who work in the tech industry -- including at Google, Facebook, Twitter, Instagram, and other platforms -- don't allow their own children to use social media, limit screen time, and recommend that digital devices should not be given to anyone under 16. They themselves have turned off notifications from their apps or deleted them altogether.

What do they know that we may not know? That's what filmmakers Jeff Orlowski and Larissa Rhodes set out to learn through interviews with some of the first movers and shapers of this media. Historians, psychologists, and other social scientists add their perspectives. We learn why so many people are addicted to their devices: they are identified by sophisticated algorithms and then their attention is manipulated to get them to stay logged in, engaged, and primed for advertising and targeted news feeds. Those often surprisingly accurate personal recommendations that show up on your screen? They are proof that search engines and social media platforms have evolved into a sophisticated surveillance system, with user privacy under constant threat. 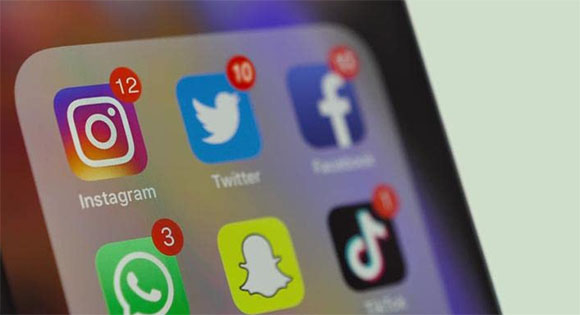 No wonder there are concerns about the propagation of fake news and conspiracy theories, which exacerbate the culture wars and threatening election security and democracy itself. For example, there is evidence that Facebook posts fueled the anti-Muslim sentiment that resulted in the persecution of minorities in Myanmar.

The filmmakers don't stop with academics lamenting what is happening to our social fabric as media platforms consume more and more of our time. They go to the people who deliberately shaped engagement features and who now are concerned about what they have done. Take the "like" button on Facebook, which developer Justin Rosenstein explains was intended to spread positivity and good feelings. The team probably knew that use of the button could be used to track a users' interests so that more of the same kind of information or imagery could be fed to them. But they might not have realized that a "like" could turn into a mark of popularity and lack of one would be an assault on self-esteem. Teen depression and even suicide have been linked to engagement on social media. In the film, how this could happen comes across in a scenario of a young girl (Sophia Hammons) upset about the response to posts of her selfies. 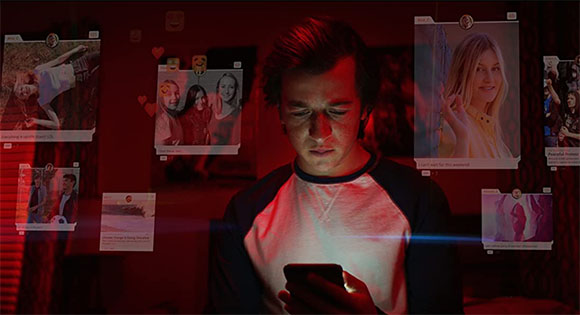 Recreations also demonstrate how an individual can be targeted by the platforms so that he behaves as they want him to. Here some actors (including Vincent Kartheiser) stand in for the programs that observe a young man's behavior (Skyler Gisondo) and then feed him tagged photos on his Facebook account and recommendations of YouTube videos for him to watch, eventually getting him involved in an extremist movement.

The tech people call this data mining "attention extraction." The goal is to keep you engaged for as long as possible so they can harvest data about you and sell it to the highest bidder. The user becomes both the product and the buyer of advertised goods and services. 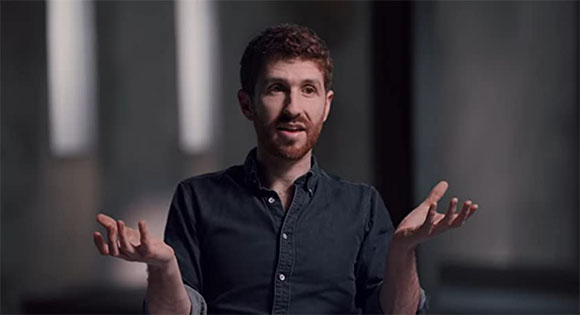 Some of the most insightful commentary comes from Tristan Harris, former Google design ethicist and co-founder of the Center for Humane Technology. He believes that those who built these platforms have a responsibility now to change them. How and when and where is yet to be determined, but what's clear from this documentary is that it will take enormous public pressure and the collective will of the industry to save us from what digital media has become. Religious and spiritual groups, with their emphasis on community, caregiving, and ethics, should be a loud voice in this call to action.