Directed by Ken Burns, Lynn Novick
A fascinating documentary on the life of the writer, revealing character qualities we connect to spiritual practices.

PBS is airing "Hemingway" in April 2021 and the entire series can be streamed from the website. A guide for educators, students, and lifelong learners is also available from PBSLearningMedia.org.

This three-part, six-hour PBS documentary is directed by Ken Burns and Lynn Novick who worked together on The Vietnam War and Baseball. Many literary critics have called Hemingway the best writer of the 20th century. The filmmakers do their best to catch and convey the many mysteries of this author's turbulent life and his complicated blend of creativity and bravado.

Taking our cue from Burns' fascination with Hemingway's character qualities, we spotted the following qualities from our spiritual alphabet in the writer's books and relationships with women, men, friends, enemies, and defenders.

First and perhaps foremost, he practiced "Being Present" as part of his emphasis on the importance of authentic living. His writing style signaled that he was not interested in getting stuck in the past or engaged in making predictions about the future; his characters are enmeshed in the now. 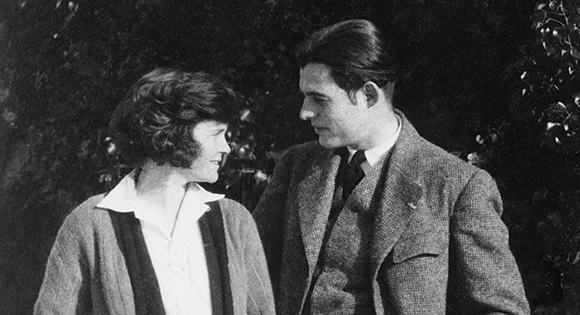 Hemingway loved the spiritual practice of "Questing," as evident in his many travels and adventures around the world. Many of his first works were written while he was living in Paris.

While a large number of artists, novelists, and artists (such as James Joyce and William Faulkner) found "Meaning" in the complications of the Modernist tradition this American developed his own Minimalist style. He proved that he could probe the significance of events through short, direct sentences that could be easily understood by readers.

The three episodes of the series are arranged chronologically. "Hemingway: The Writer" covers the years 1899 - 1929, providing a close and intense look at the effects of his troubled family life with his neurotic parents; his volunteer work with the Red Cross during World War; two of his marriages; his fascination with Spain and bullfighting; and the publication of his first novels. In "The Avatar (1929 - 1944)" the filmmakers focus on the now famous writer as he settles in Key West, Florida, then travels to report on the Spanish Civil War. In "The Blank Page (1944 - 1961)" Hemingway follows the troops through Europe, publishes The Old Man and the Sea, and struggles with mental illness. The arc of his life reflects a restless search for "Love" and his voracious spiritual practice of "Yearning." 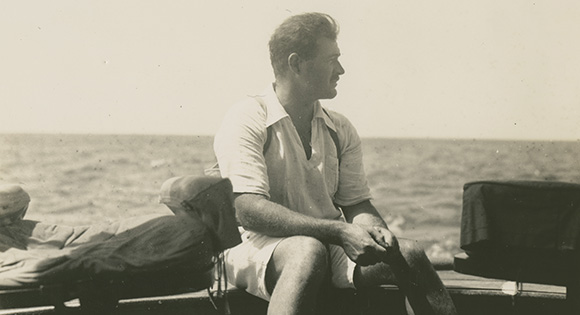 The documentary is narrated by Burns' go-to voiceover artist, Peter Coyote. Jeff Daniels provides vocals for Hemingway, and Mary-Louise Parker, Patricia Clarkson, and Meryl Streep are the voices of the major women in his life. Excerpts from the writer's short stories, novels, and nonfiction are peppered throughout, further illustrating the themes of his life story.

Hats off to Burns and Novick for revealing the spiritual practice of "You" in the life and literary work of Ernest Hemingway: his past and his passing; his physical and psychological wounds; his vanity and his self-doubts; his writing discipline and his depression; his charm and his charisma; his love and his hatred of war; and his lifelong struggle with death and loss.

Dag Hammarskjold spoke wisely when he said, "Cry, cry if you must. But do not complain. The path has chosen you. And in the end you will say 'thank you.' " This is an apt take-away from Hemingway's life as documented here.