Celebrate the birthday of this beloved English writer by watching the movie versions of her classic novels.

Jane Austen, the beloved English writer of novels about young women coming into their own, was born on this day in 1775. This biography is from the pages devoted to her on PBS's Masterpiece series website:

"Born in 1775 to George and Cassandra Austen in the English village of Steventon, Jane Austen grew up in a highly literate family. Austen's father was an Oxford-educated clergyman and her mother was a humorous, aristocratic woman. Educated only briefly outside of her home, Austen read freely in her father's library of 500 books, which left her better educated than most young girls of the time. While her family never anticipated she would be a published writer (not considered an appropriate profession for a young lady of her background), within the walls of their household she was encouraged to write. In this lively intellectual household the 15-year-old Austen began writing her own novels; and by age 23 she had completed the original versions of Northanger Abbey, Sense and Sensibility, and Pride and Prejudice. Her own delight in reading and her ironic mocking of its impact on young girls comes alive in Northanger Abbey. . . .

"Jane Austen died on July 18, 1817, at age 41. She never wrote a memoir, sat for an interview, or recorded whether she had herself felt the joys and disappointments of love. The biographical facts may never adequately explain the quick wit, the sharp insight, and the deep emotional intelligence she brought to her novels. Perhaps that is impossible; it is likely that the novels will continue to transcend our understanding of where they came from." 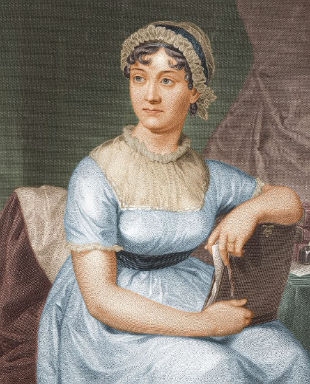