Convictions How I Learned What Matters Most

By Marcus J. Borg
A summing up by Macus J. Borg of his writings, teachings, concerns, and passions over the past 50 years.

Marcus J. Borg, at the age of 70, has written a book in which he ponders his memories, conversions, and convictions. For 50 years, his passion has been reading, writing, teaching, preaching, and lecturing on Christianity from the perspective of a Progressive Christian. He claims his life has been unremarkable, but we think he has vastly under-estimated the impact his wise teachings about Jesus, the Bible, faith, the church, and the modern world have had upon millions of believers. Loyal fans have eagerly awaited the arrival of each new book by Marcus Borg, and this is also the case with Convictions.

The author delineates the five divisions of American Christianity today — conservative, conventional, uncertain, former Christians, and progressive Christians. According to a 2013 poll, 28 percent of Americans identify themselves as "religious conservatives" and 19 percent as "religious progressives." In his life, Borg has traveled from the conventional Christianity of his childhood (as a Lutheran) to the progressive Christianity of his elderhood. He then discusses his three conversions (intellectual, political, and religious) that change his understanding of faith and life itself. The catalysts were a course on Christian doctrine, the book of Amos in the Bible, and a mystical experience.

Borg discusses his rejection of supernatural theism, his casting aside the conflict between reason and religion, and the folly of having a correct theology by getting our beliefs in order. A lifetime of study of the Bible and Jesus' path have convinced Borg that salvation is more about this life than an afterlife: "Salvation is about liberation, reconnection, seeing anew, acceptance, and the satisfaction of our deepest yearnings. Christianity at its best — like all of the enduring religions of the world at their best — is a path of transformation."

One of the ways Borg differs from conservative Christians is that he views Jesus as the norm of the Bible, the standard by which the rest of the Bible and even the whole of Christianity is to be judged, and this can mean that the Scripture is wrong (on indiscriminate violence, slavery, patriarchy, and more). It is our "foundational document but it is not the inerrant and infallible revelation of God." Further, Borg argues that the Bible can be true without being literally true; he sees the Creation Stories as parables. A final disagreement between progressive Christians and their conservative brothers and sisters is the rejection of the substitutionary understanding of Jesus's death.

Borg has great respect for Amos, Moses, and Jesus for their courage in speaking out against the domination systems that imprisoned many of their peers in fear. After making a case that the Bible is political, the author praises Christianity's view that God is passionate about justice and the poor and that Christians are called to practice peace and nonviolence. These are hard to bring to fruition when most of America is still committed to endless war, capital punishment, and indifference to the plight of the poor and the hungry. Yet for Borg and many others "doing justice, being kind, and walking with God all go together."

Answering the question "What's the Christian life all about?" he responds: "It's about loving God and loving what God loves. It's about becoming passionate about God and participating in God's passion for a different kind of world, here and now." 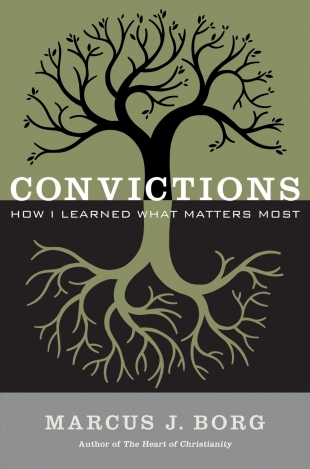