Holistic Islam Sufism, Transformation & The Challenge of Our Time

By Kabir Helminski
A fresh understanding of Sufism as offering a spirituality adequate to our times with its purpose of drawing near as a friend of God.

Kabir Helminski is a Shaikh of the Mevlevi Order of Sufis which traces its inspiration to Jelaluddin Rumi. He and his wife Camille founded and now direct The Threshold Society, a nonprofit educational foundation that has developed programs to provide a structure for practice and study within Sufism and the broader multifaith community. He toured the U.S. with the Whirling Dervishes of Turkey, delivered the
Wit Lectures on spirituality at Harvard Divinity School, and in 2009 was named as one of the "500 Most Influential Muslims in the World." He has created some very popular e-courses for Spirituality & Practice on the poetry of Rumi, the hadith of Prophet Muhammad, the Qur’an, and Sufi practices.

The focus of Helminski’s work is contributing to a “new language of spirituality to express the fundamental psychological and metaphysical truths of the spiritual process.” It is from that context that this new book emerges to give us a fresh understanding of Islam, the second most popular religion in the world.

In the rousing prologue, Helminski points out that holistic is implied by the very word Islam, with the root phrase qalb salim describing a purified heart which is fundamental to spiritual well-being. Birthed fourteen centuries ago, Islam offers our out-of-balance world "a way of life incorporating cleanliness, wholesome diet, physical exercise in worship, positive relationships, patience in adversity, generosity, altruism, and much more.” Best of all, instead of being a religion of fear, it emphasizes love.

Helminski points to Sufism as a living tradition that has survived within Islam. Rooted in the Prophet Muhammad’s character, flexibility, patience, and kindness, it offers a “spirituality adequate to the times” because it has illustrated the process of purification of the heart through a chain of “conscious, compassionate, and realized human beings.” They have demonstrated “a spirituality that is moral without being puritanical, that is rigorous without being rigid, that is beautiful without being ostentatious, that can heal a wounded humanity and contribute to the elevation of civilization and culture."

At the core of Helminski's cultivation of Sufism is his understanding of it as a path of transformation and liberation. It is a relational spirituality that animates daily behavior and savors the bounties of community. It reverences the revelation of Islam’s holy book, the Qur'an, and the practice of surrender. The Sufi practices adab (courtesy on the path), contemplates sacred music and literature, enacts ceremonies of remembrance, and advocates service of others and the pleasures of lifelong learning.

The shadow side of Islam is a world of rampant wars, the amoral slaughter of innocent citizens, the terrible subjugation of women, and the violence of terrorism. Helminski presents a variety of spiritual remedies for these pathologies. He then zeroes in on some things you probably have wanted to know about Islam but didn't know how to ask, such as "What role can women have in Islam? "What does the Qur'an say about sex?" and “What is Shariah really about?"

Expanding the picture, Helminski addresses the disillusionment in our times with both religion and science, reactions which put people at the mercy of distortion by the ego. To clarify how this happens, he addresses some propositions, distortions, and clarifications. For example, the proposition that “God is not to be found merely through a belief system, but through experience” can be distorted to the idea that “God is within you” and all someone needs to do is rely upon him- or herself. He then gives a set of questions for reflecting on the criteria for a complete spiritual path.

Holistic Islam will open many new doors for you with its many splendored insights into the Qur'an, the wisdom of Muhammad, and the Oneness of God. The author's long and focused meditation and study of Sufi texts and poetry and his own translations of Rumi serve as a strong foundation for this substantive work. Helminski fulfills the goal of introducing us to a “spiritual training system in which it is recognized that the purpose of religion and spirituality is for the individual to be transformed and so to be more capable of living in union with the divine, aware of levels of reality beyond the merely material, emotional, and intellectual preoccupations of the ego self.” The purpose of life, we affirm, is to draw near as a friend of God. 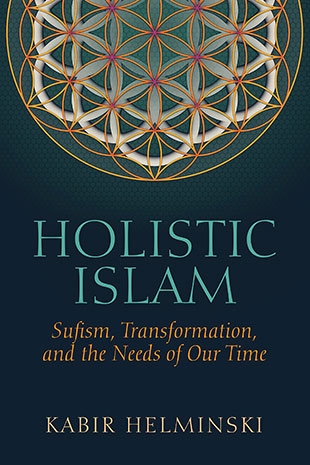