Toni Morrison’s Spiritual Vision Faith, Folktales, and Feminism in Her Life and Literature

By Nadra Nittle
A rare look at the religious preoccupations of one of our great writers of recent memory.

Does Toni Morrison need an introduction? She won the National Book Critics Circles Award for her novel Song of Solomon in 1977, the Pulitzer Prize for Beloved in 1987, and the Nobel Prize for Literature in 1993. Then, perhaps her greatest novel, Paradise, placed her among the immortals in 1997. There were other novels, essays, university lectureships, and awards. She died in 2019 at the age of 88.

Morrison was Black, Christian (Roman Catholic), and Feminist. Marginalized people fill her books. She rarely spoke publicly about faith, but when she did, referred to being a minority in the Roman Catholic Church, with decreasing interest. She’d grown up in African American Protestant churches and converted to Catholicism at the age of 12. Late in life, when Pope Francis was elected, Morrison said, “I might easily be seduced to go back” to church, given her enthusiasm for his forward-thinking approach.

Nadra Nittle, a journalist with a scholarly bent, proves to be a great explicator of Morrison’s literary work and religious approach. Book club members will make use of this work, surely, to help find the layers and depth in two of Morrison’s most enduring novels: Song of Solomon and Beloved. Nittle does an excellent job of laying out the themes in these books, showing how Morrison’s vision is wrapped in faith and folklore. For example, one finds Black women preachers and other prophetic, spirit-filled women that support a womanist Christology. “Certain of their inherent divinity, they love themselves — and, by extension, their Blackness,” writes Nittle.

Sometimes Nittle includes insights that come from personal knowledge and conversations with the author, for instance, “Concerned that young African Americans … would become estranged from Black folklore, Morrison wove this legend [of people who could fly away] into [Song of Solomon].”

Nittle’s book is probably technically considered “Literary Criticism” and “Black Studies,” which means it is most of all for students or specialists, but given the importance of Toni Morrison in the American literary canon and the focus of readers of all backgrounds now discovering Black writers, we suspect that Toni Morrison’s Spiritual Vision will reach a larger audience.

Chapter 6 sketches the role of the Black Madonna and other themes of Afro-Catholicism in Morrison’s Paradise. That novel was inspired by nuns in Brazil and the varied ways that Catholicism and folk religion – recurring themes in her novels -- combine. Nittle explains: “In Morrison’s literature, people fly, resurrect the dead, and foretell the future. Ghosts return to comfort — and sometimes terrorize — their loved ones. The amazing occurrences that take place in her fiction don’t particularly surprise her characters because in the African worldview, miracles are possible, just as they are in the Catholic cosmology.”

Morrison’s Christianity remains complicated, as was Morrison’s own Christian experience. For example, the experiences of her religiously motivated characters show how “African Americans were never mere Christian converts.” Quoting another expert, Nittle explains that they “converted Christianity to their African world view, using the new religion to justify combating objective forces, to collectively perpetuate community-culture, and as an ideology of freedom.” 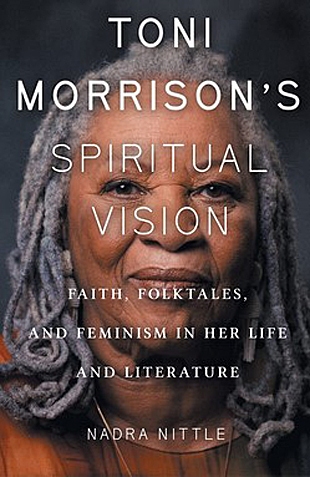 Toni Morrison: The Pieces I Am

The Origin of Others

The Source of Self-Regard