Andrew Harvey was born in South India and lived there until at age nine he was sent to England for his education. He studied history at Oxford and at 21 became the youngest person ever to be awarded a fellowship to All Souls College, England's highest academic honor. In 1977, however, he became disillusioned with life at Oxford and the patriarchal, rationalist Western tradition and returned to India.

India, with its rich diversity of spiritual expressions, shaped his understanding of the value and unity of all religions. His spiritual search initially led him to the ashram of the Bengali mystic Sri Aurobindo. Later, he studied with the Tibetan Buddhist master Thuksey Rinpoche, an experience he recounted in his first spiritual autobiography, Journey to Ladakh. This was followed by a ten-year exploration of the mystical works of the thirteenth century Persian poet Rumi and the Sufi tradition.

In 1986, Harvey became a disciple of an Indian woman, Mother Meera, thought by her followers to be an avatar of the Divine Mother, and he brought international attention to her through his writing. During the same period he collaborated with Sogyal Rinpoche on the bestselling book The Tibetan Book of Living and Dying. The next year, this well-traveled seeker met the great Christian mystic Bede Griffiths who re-intoduced Harvey to the deepest truths of his Christian childhood. In 1993, Harvey was the subject of a BBC documentary, The Making of a Mystic. In 1994, he broke his ties to Mother Meera and repudiated the guru establishment.

Andrew Harvey has spent the last 30 years studying, teaching, and writing about the world's spiritual and mystical traditions; he has produced more than 30 books. St. Martin of Tours once stated: "All mystics come from the same country and speak the same language." Harvey is a versatile and enthusiastic tour guide through this territory, and many of his books are filled with wonderful quotations from those who have dwelt in this realm. Harvey is the series editor of Skylight Illuminations series which presents new translations and commentaries on sacred texts. This project, as well as his books on the Divine Mother, Rumi, and Jesus, demonstrate his multifaith hospitality. His works all emphasize the importance of daily, disciplined spiritual practice.

One of the distinguishing features of Andrew Harvey's writing and teaching is his inimitable enthusiasm. The term means "one with the energy of God," a connection that obviously fits this contemporary mystic. Harvey repeatedly sings the praises of adoration and at one point calls it "the oxygen of survival." More than any other contemporary spiritual teacher, he has elucidated the significant meanings in the Sacred Feminine. He has proclaimed the necessity for all of us to marry the feminine and the masculine within ourselves and use this potent spiritual firepower as we move along the Path of Love. Although noting the ecstasy and joy that emerges from mystical experiences, he also advises seekers to be aware that this path requires sacrifice and is often characterized by ordeal, truths he has learned from his own experiences. 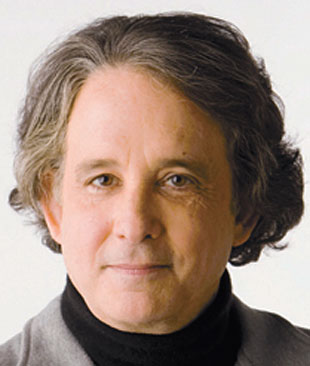