Chernobyl and The Perilous Nuclear Age

A 5-part mini-series, other films, books, and spiritual practices to raise awareness and help us deal with the risks and consequences of nuclear weapons and nuclear power.

These days a lot of public concern is focused on the climate emergency. The dangers of nuclear weapons and nuclear power seem to be less urgent, given the floods, hurricanes, fires, and other disasters associated with climate change.

But, according to the Arms Control Association, in 2019 the world's nuclear-armed states possess a combined total of nearly 14,000 nuclear warheads, with 90% of those belonging to Russia and the United States. Currently, there are more than 450 nuclear reactors in operation in 30 countries around the world. The largest user of nuclear power is the United States with 97 plants. Many people think that nuclear power is a viable alternative to oil and natural gas. But there have been accidents and other problems at nuclear power plants that have led to deaths, destruction, disease, and environment disasters.

We are living in a Nuclear Age that is fraught with risk, complications, and too much rigid thinking and political scapegoating. This reality is vividly illustrated in the HBO miniseries Chernobyl. After watching it, we decided to gather film and book resources from S&P's Wisdom Archive on the perils of the nuclear age with the intention that we can all open our hearts, minds, and emotions to the realities and consequences of the use of nuclear energy for weapons and power. Many of the books and films we are recommending focus on the havoc brought on by human ignorance, incompetence, and grandiosity.

At the end of this resource we have included some spiritual practices which can serve as antidotes to our worst habits and wayward capacities for violence toward ourselves, the good Earth, animals, and even those we include in our intimate circles of love.

Chernobyl is a five-part HBO miniseries that debuted on the cable channel in May 2019 and is available to stream from HBO, Amazon Prime, Hulu, YouTube, Vudu, and other services. At the Emmy Awards, it won for Outstanding Limited Series, Outstanding Directing, and Outstanding Writing. 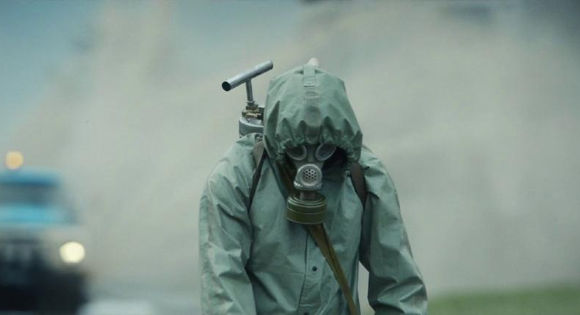 The storyline focuses on the event and the consequences of the worst nuclear disaster in history which took place on April 26, 1986, at a power plant near the city of Pripyat in Ukraine, then part of the Soviet Union. During a safety test, a sudden power surge caused explosions at the Chenobyl power plant's number 4 reactor, blowing off the roof and propelling pieces of the protective casing around the reactor's core to the surrounding area. A fire erupted in the core, sending radioactive contamination that was detected across Ukraine, Belarus, Russia, and as far as Scandinavia and western Europe.

The film follows the efforts of the reactor's supervisors and Communist party officials to both contain the damage and information about it, so as not to embarrass the Soviet Union. We follow the stories of those who responded to the tragedy over a period of months: the workers inside the plant who tried to figure out what had happened, the firefighters who were the first responders and suffered radiation sickness, and a group of miners who came in to dig under the reactor to prevent a core meltdown reaching the ground water, even when they knew the risks.

Three other characters carry the story forward, giving us glimpses of the knowledge, courage, and ethical stature needed to deal with this emergency. Two very different and high-strung men with strong ideas about human nature, technology, science, power, patriotism, and ethics are assigned to lead the excruciating and often terrifying investigation into the accident. These characters are based on real people. 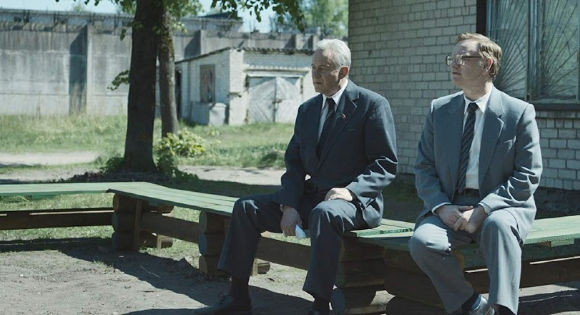 Stellan Skarsgard plays Soviet Deputy Prime Minister Boris Shcherbina who is assigned by the Kremlin to lead the government commission charged with determining the cause of the disaster, those responsible for the errors, and ways to keep these findings away from the local and world press.

Jared Harris portrays Valery Legasov, a well-known and well-respected Soviet nuclear physicist who is called upon by Shcherbina and members of the special commission to find ways to address all the problems resulting from the disaster. An expert on the RBMK-type nuclear reactor at Chernobyl, he immediately determines that the accident is more serious that it has been described, that the people and animals in the surrounding areas are in grave danger, and that stopping the fire and containing the radiation will be more challenging than assumed. 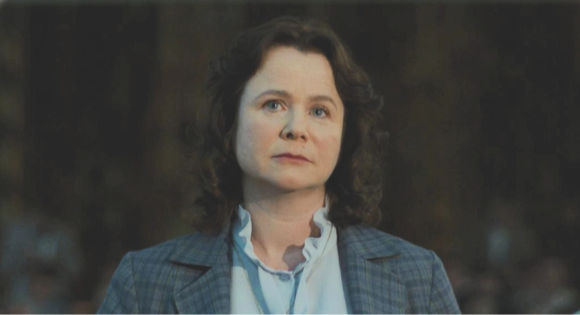 Emily Watson is Ulana Khomyuk, a Soviet nuclear physicist who travels from Minsk with more warnings about what could happen if the containment is not handled properly. At one point, she predicts that another explosion at the plant could destroy life throughout Europe. She is a fictional composite character who represents the many courageous scientists who put themselves in danger in response to the tragedy.

Chernobyl was written and executive produced by Craig Mazin and directed by Johan Renck. They have done a fine job catching the interplay and decision-making processes of a bureaucratic career man and the two nuclear physicists. Two other characters moved us deeply. Jessie Buckley plays the pregnant wife of one of the firefighters who is badly burned the first night at the scene of the accident. She follows when he is evacuated to a hospital in Moscow and stays by his side as he is dying, despite all the warnings by the health care providers. Her dismay and enduring love are palpable. 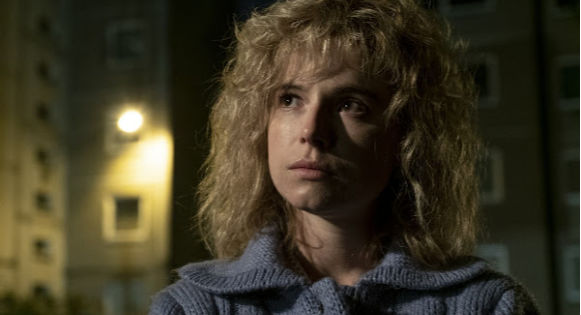 Once the officials realize that a mass evacuation and clean-up of the area around Chernobyl is necessary, teams of soldiers go out to execute the plan. Homes are demolished, forests are cut down, and wild and domestic animals are killed — all to be buried under concrete. At one farm, an elderly woman is milking her cow. As the soldier tells her she must leave because it is not safe, she says she is 82 years old and has lived on this farm all her life. "What do I care about safe?" is her response. During the Revolution, the Czar's men and the Bolsheviks came through. She lost family during the famine in Stalin's time and two brothers to the Great War. "After all that I have seen . . . " she says, "so I should leave now because of something I cannot see at all?"

These two women, one young and one old, desperately try to persevere after a disaster takes away that which is most important to them. Their pain, combined with the frustrations and desperation of the powerful decision-makers, become a wake-up call for the rest of us. We can no longer be blind to the dangers of the nuclear age. It is time to see what we have not seen.

Notable Facts to Keep in Mind as You Watch Chernobyl

This explosion put 400 times more radioactive material into the Earth's atmosphere than the atomic bomb dropped on Hiroshima.

Between 600,000 and 800,000 workers (known as "liquidaters" ) from local police and fire services and the Army, along with miners and other volunteers were involved in containing and cleaning up the accident.

Initially, 116,000 people in a designated "exclusion zone" were evacuated and later 5.3 million followed. The town of Pripyat, home to most of the plant personnel left their homes and a new town was constructed for them elsewhere.

— from Ten Years After Chernobyl: What Do We Really Know?

Anniversary of the Three Mile Island Nuclear Power Plant Accident on March 28, 1979. This event was the worst civilian nuclear power plant accident in U.S. history (to date). After radioactive water and gasses were released into the air around this plant in south central Pennsylvania, 140,000 people fled the scene in their cars. The cleanup of the plant cost $970 million. Coincidentally, the same week the movie The China Syndrome, directed by James Bridges, opened nationally. It provided a shocking look at the dangers of nuclear energy and the unwillingness of corporate heads to put public safety above economic success. In our Naming the Days feature, we offer discussion questions for families and small groups.

"The unleashed power of the atom has changed everything, save our modes of thinking, and thus we drift toward unparalleled disaster."
— Scientist Albert Einstein

"Let us take the advice to walk the little way where we overwhelm those we do not like with good deeds, kindness, and loving service."
— Anti-nuclear activist John Dear

"Power has a way of victimizing its users. It tends to create a dark and subterranean world in which decisions affecting the life of a nation can be taken without reference to their moral implications or the obligations to inform the people truthfully about issues of transcendent importance to their well-being and indeed survival."
— American journalist Norman Cousins

Disarming Your Tongue/Heart/Soul by Megan McKenna. The rise of nuclear weapons is due to perceptions that countries must be able to defend themselves against enemies bent on war. Nuclear power emerged as an alternative power when other sources, such as fossil fuels, became too expensive or in limited supply. Catholic activist McKenna offers a spiritual practice that can help you take some of the charge out of the need for nuclear weapons and energy. Are the risks that accompany them necessary in a world described as beloved, blessed, marvelous, wonderful? Try her exercise and see how it helps you counter the perils of the nuclear age.