The Edge of Seventeen

Directed by Kelly Fremon Craig
An immensely appealing teen comedy that speaks to us with immediacy and grace about adolescence.

In the opening scene of this immensely appealing teenage comedy, Nadine (Hailee Steinfeld), a seventeen-year-old junior in high school, interrupts her history teacher Mr. Brunner (Woody Harrelson) during his lunch break to tell him that she wants to commit suicide; he's not particularly surprised. 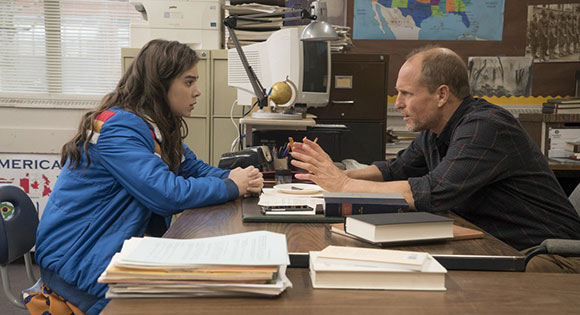 In a series of flashbacks, we see Nadine as a moody little girl (Lina Renna) who is very jealous of her older brother Darian (Blake Jenner) who is their mother's (Kyra Sedgwick) favorite and one of the most popular boys in school. She is a loner who has to be pushed or pulled out of the car to go to school in the morning; she is often bullied by three older girls. Her father (Eric Kenleyside) is the only one standing in her corner and when he dies of a heart attack, Nadine feels stranded in an unfriendly world.

The chief grace note in Nadine's life is meeting and befriending Krista
(Haley Lu Richardson) who offers her the balance and perspective she is lacking. For both of these young girls, friendship is a reminder that they are worthy, important, and cherished. It serves their emotional needs and makes it easier for them to drop their masks, to be themselves, and to reveal their weaknesses as well as their strengths. 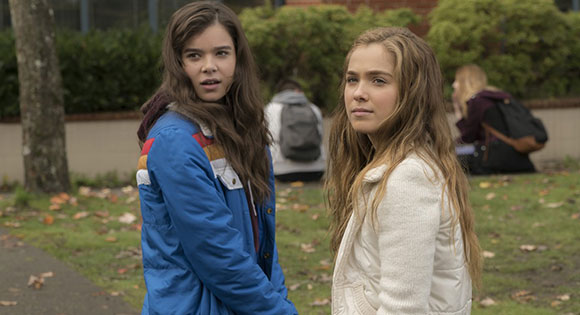 Then the unexpected occurs. After a party, Nadine opens the door to her brother's room and finds Krista in bed with him. It is a shock that rocks her to her core. She feels betrayed and disappointed. The only thing she can do is to force Krista to choose between Darian and herself. Set adrift in a world where there is no longer any friendship, she plunges into a sea of unrelenting anger.

In her directorial debut, Kelly Fremon Craig has pulled off a major feat by writing and directing a teen comedy that has an emotional authenticity and a cast of characters who engage us with their vulnerability and resilience. Best of all is Hailee Steinfeld who demonstrates with her nuanced performance of Nadine that her dazzling and intense depiction of Mattie Ross in the Coen Brother's True Grit (2010) was no fluke; that performance led to a much deserved Oscar nomination. 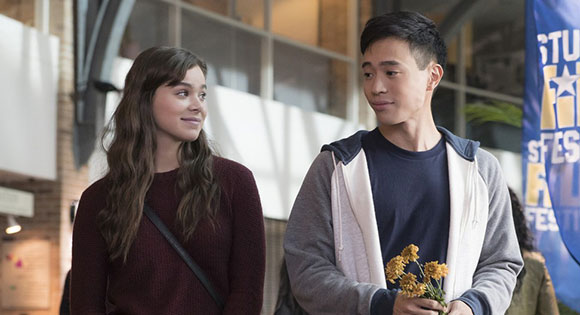 Sometimes Nadine's spunkiness and verbal bounce work and other times they lead to more trouble. We are drawn in with empathy for her as she tests the waters in a self-destructive experience with a handsome dude (Alexander Calvert); in a new friendship with Erwin (Hayden Szeto), a wealthy Asian boy who is thrilled to be the recipient of her attention; in her reframing of her feud with her golden boy brother; and in her dependence on Mr. Brunner as a quirky confidant. The Edge of Seventeen speaks to our hearts with grace about adolescence, friendship, siblings, and romantic yearning.

R - sexual content, language and some drinking - all involving teens

The Perks of Being a Wallflower

10 Things I Hate about You