Directed by Ezra Edelman
A substantive and often sensationalistic documentary about the downfall of O. J. Simpson and the rage of African-Americans against injustices.

We thought we had seen all there was to see about O. J. Simpson and the "Trial of the Century." But here we have an immensely ambitious 10-hour television documentary. It not only covers Simpson's career and murder trial, it offers thought-provoking commentary and criticism about racism in America, the high wire-act of fame, the avid pursuit of wealth and privilege, the far-reaching devastations of police brutality, the crime of domestic violence, the rage of blacks against white hatred, the prejudice in the criminal justice system against people of color, the omnipresence of the news media, and a social history of Los Angeles over the past 50 years. As journalist Celia Farber says, "We talk about O.J. as though the story is O.J. The story is O.J. and us." 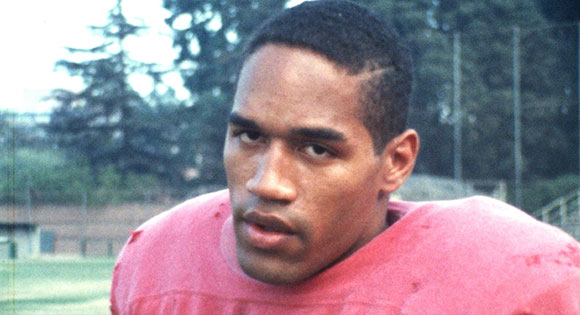 Athletes who excel in sports have fans wherever they go. O. J. Simpson was an All-American halfback for the University of California Trojans, setting NCAA records and winning the coveted Heisman Trophy. He was arguably the first black athletic superstar.

In 1969, Simpson, nicknamed "The Juice," played professional football for the Buffalo Bills and topped over a thousand yards rushing over five consecutive years. He completed his football career with the San Francisco 49ers who relied heavily on his running skills.

We see clips from Simpson's profitable post-football careers as a sportscaster and an actor in films and TV commercials. He moved to Brentwood, a fashionable white area of Los Angeles. After divorcing his first wife, with whom he had three children, he married Nicole Brown in 1985, a very attractive blonde model. She claimed that he was physically abusive when she summoned the police to their house, but he denied hitting her. She filed for divorce in 1992. On June 12, 1994, she and her friend Ronald Goldman were found stabbed to death outside her home. After fleeing from the police in a televised car chase, Simpson surrendered and pleaded not guilty to the murder charges. 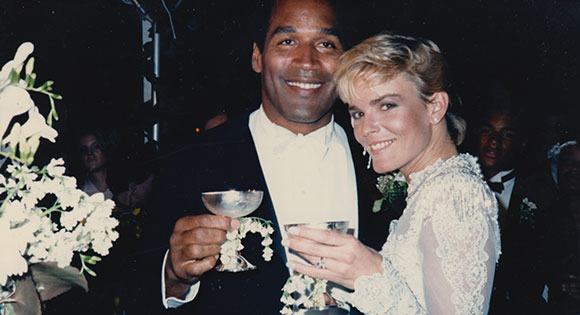 Ezra Edelman is director of this complex documentary which reveals the startling developments in the trial. The star witness, police detective Mark Fuhrman, was accused of being a racist when tapes of his using the "n-word" were played, giving the defense a chance to raise doubt about his motives and testimony. The prosecution blundered when it had Simpson try on the bloody gloves found on the crime scene, and they didn't fit. And the defense team's hot shot lawyer Johnnie Cochran managed to put both racism and the Los Angeles police on trial in his closing argument to the jury.

We understand why this tactic could be so effective thanks to other material included in the documentary. Edelman presents a sobering overview of racism in the United States and particularly among members of the Los Angeles Police Department with clips and commentaries on the 1965s Watts riots, the police shooting of Eulia Love in 1979, the terrible police beating of Rodney King seen by millions on TV, and the fatal shooting of black teenager Latasha Harlins by a Korean convenience store owner. 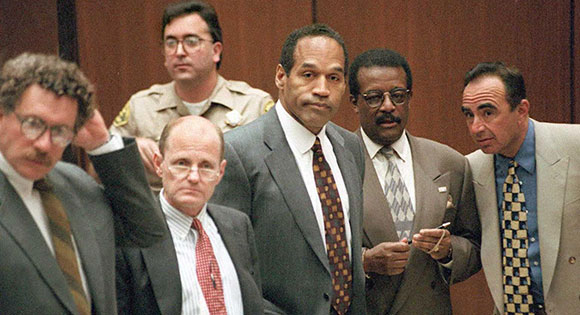 The cumulative effect of these radical examples of racial bigotry, violence, and injustice explain the jubilation that rises when African-Americans learn that O.J. Simpson has been acquitted by a jury that spends only three and one-half hours in deliberation. Present-day interviews with some members of the jury reveal that for a majority of them, acquitting O.J. was payback to the system for the beating of Rodney King.

Although the former football star was found not guilty in the criminal trial, a later civil court case found him "responsible" in the deaths of Nicole Brown Simpson and Ronald Goldman and ordered him to $33.5 million to their surviving family members. But it proves to be difficult for them to collect. The documentary follows O.J. to Florida where he attempts to jumpstart a career in advertising and other endeavors.

In a bizarre finale, we learn how Simpson orchestrated the robbery of two sports memorabilia dealers at gunpoint in a Las Vegas hotel room in 2007. He was found guilty and given a sentence of 33 years in prison, with the possibility of parole after nine years. "The Juice" is currently serving his sentence at the Lovelock Correctional Center in Lovelock, Nevada.