Emily Dickinson (1830-1886) is considered to be one of the most extraordinary American poets, along with Anne Bradstreet, Elizabeth Barrett Browning, Mary Oliver, and Adrienne Rich. Pulsating through her 1,775 poems is a fierce abandonment of literary and social authority. Dickinson was an intense personality who preferred to spend most of her days in the family home which was built in 1813 by her grandfather.

A Quiet Passion is British film director Terence Davies eighth film. It follows in the wake of Sunset Song which depicts the importance of knowing and loving a place and the challenges involved in squaring off against darkness, pain, and suffering. We also have been moved by The Long Day Closes, an inventive celebration of the poetry of ordinary life; Distant Voices, Still Lives, which explores the dynamics of a working-class family; The House of Mirth, an artful and meticulously rendered screen adaptation of Edith Wharton's melancholy novel about a spirited single woman unhinged by a series of betrayals; and The Deep Blue Sea, a 1950s story about an alluring woman who leaves her husband in search of sexual passion with a younger man. 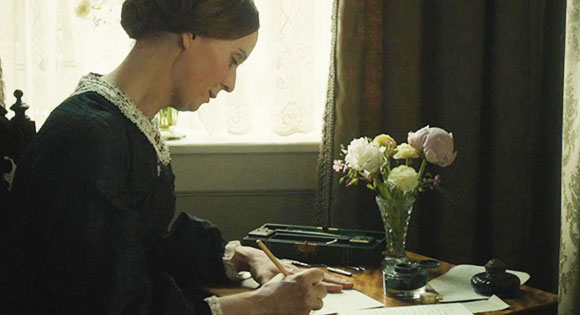 After decades of creative, mysterious, and spiritual films, Davies hits high stride with this biopicture which mixes laughter and tears with family life, feuds, passion, illness, religion, and the ever-changing quest for love and a life of meaning and purpose. One of the best decisions the director made was to use Dickinson's poetry on the soundtrack recited by Cynthia Nixon. Davies again makes good use of a 360 degree camera pan as evidence of his continuing visual imagination and sensitivity to place and its manifold impacts upon us.

We first meet Emily Dickinson as a teenager (Emma Bell) who has gotten into trouble at a Christian boarding school for taking a stand against the pious dogma of traditional Christianity. Her father Edward (Keith Carradine) is a liberal freethinker who tries to get Emily to attend church with the family but eventually accepts and honors his daughter's independent mind. Soon this rebel is writing poetry at night. 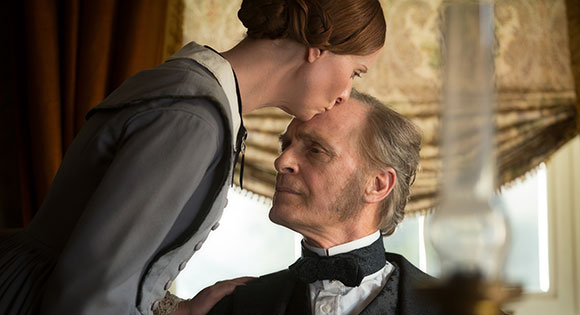 It is a pleasure to watch Emily (Cynthia Nixon) nurturing her talent within the confines of a small room. She worries about the sickness and depression of her mother and savors the earnest optimism of her sister Vinnie (Jennifer Ehle).

The sisters' new friend Vryling Buffam (Catherine Bailey) is a quick-witted feminist who brings fresh energy and the ideal of sexual freedom into the community. The poet takes her own plunge when she falls in love with the married Reverend Wadsworth (Eric Loren) who champions her poetry but does not wish to leave his wife. When her brother Austin (Duncan Duff) commits adultery, Emily is highly critical of him and when he refuses to change his ways, she fans the flame into a family feud. 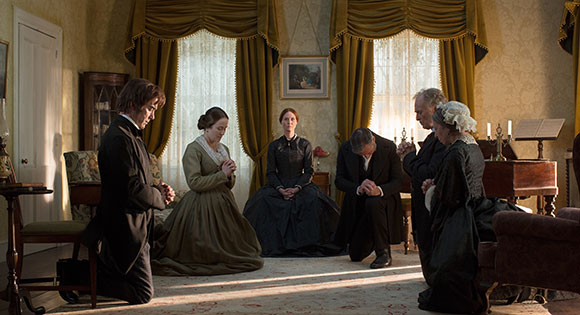 During the last years of her brief life, this gifted poet refused to leave the homestead. It's almost as if she lost her passion for life after battles with illness and deaths. Her poetic output diminished after she developed Bright's disease, a horrific kidney ailment that led to terrible seizures.

Emily Dickinson reveals in her poetry that the saving grace in her life was not conventional religion but language. In a New York Times article, Holland Cotter surmises that a new generation of young people has already come to appreciate her "Twitter-sized poems" and take them to heart. Others will leave A Quiet Passion choosing this poet as their patron literary saint.