Directed by Wes Anderson
An imaginative tribute to dogs with some social commentary on the side.

Isle of Dogs is the ninth imaginative, spunky, and totally eccentric film by the inimitable Wes Anderson. We love his movies and have included The Fantastic Mr. Fox, Moonrise Kingdom, The Grand Budapest Hotel, and The Royal Tenenbaums in our annual "Most Spiritually Literate Films" lists. Most of his films, like this one, feature lovable characters who embark on some kind of quest.

Isle of Dogs started out as a movie about a pack of dogs abandoned on a garbage dump and then morphed into a flick that pokes affectionate fun at Japanese cinema and culture while also taking a few stabs at the contemporary world's fascination with authoritarian political leaders and conspiracy theories. Anderson describes the end product as a "soufflé." While some may take that to mean that it is light and insubstantial, we disagree. There is much food for thought in this film, along with its humor and playfulness. 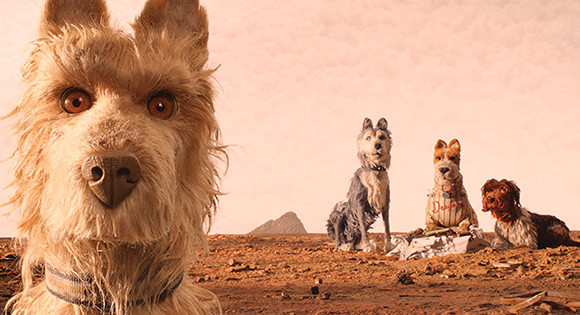 Twenty years into the future in the dystopian Megasaki, there is a problem with "canine saturation." Many dogs are suffering from snout fever or dog flu, and the authorities claim they are a threat to human health. Meanwhile, the ruling dynasty is determined to make cats the main household pet in Japan.

Mayor Kobayashi (voiced by Kunichi Nomura) signs a decree to banish all dogs to "Trash Island," a toxic wasteland with an abandoned nuclear power plant and a decrepit amusement park. The first to go is Spots (Liev Schreiber), the dog that had been assigned to protect and be a companion to the mayor's 12-year-old ward Atari (Koyu Rankin). Determined to find his dog, Atari flies a plane to Trash Island where a pack of dogs agrees to help him. Their heroic leader, Chief (Bryan Cranston), forms a touching bond with the boy. After all, dogs love 12-year-old boys. 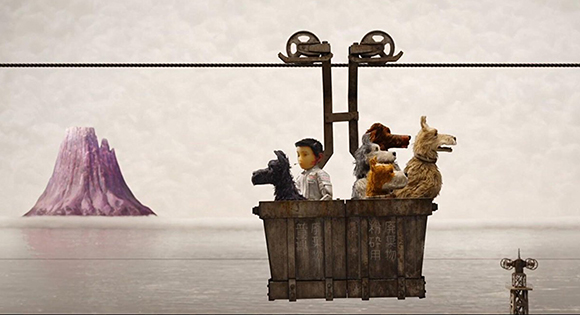 Meanwhile, Ytaccy (Greta Gerwig), an American foreign exchange high school student, is convinced that there is a totally irrational campaign afoot to turn the country against innocent house pets. She rallies dog lovers to support a scientist who has discovered a cure for the dog diseases. When he dies mysteriously, she promotes a conspiracy theory about the mayor and his supporters. At its core is the attempt to make dogs the scapegoats for all the ills of their society.

Isle of Dogs is Wes Anderson's second journey into stop-motion animation and it registers on our senses as a visual delight. Equally impressive is the propulsive taiko drum score by Alexandre Desplat. 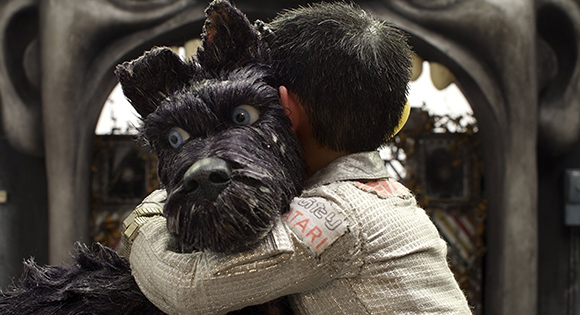 The movie makes some indirect yet sharp statements about our times while also making us smile at the expressions on the dogs' faces and their unusual camaraderie. With all that going on, we'd add that at its heart, this is a film about the special relationship that often exists between humans and dogs. And so we celebrate that with this blessing by Rev. Phyllis Ann Min from Dog Blessings by June Cotner:

"We pray to you God, our Creator, to bless our dogs with Your radiant light and love. May our animal friends have good health, happy lives, and always be protected and safe. . . .

"Thank you for the pure beauty of every dog—their form, color, texture,
motion is all a work of art, and may we appreciate Your creation of this masterpiece.

"Bless all dogs in harm's way, heal the sick, protect those who are lost, and guide them to safety."

"Thank you for the gift of love."