Of Fathers and Sons

Directed by Talal Derki
A rare opportunity to see how boys are immersed in violence and trained to become killers by a terrorist group.

Syrian-born filmmaker Talal Derki lives in Berlin but decides to return to his homeland to make a film about the war being waged by the Al Qaeda-affiliated Al Qaeda-affiliated Al Nusra Front. Posing as a war cameraman who is sympathetic to the jihadists' cause, he is soon deeply embedded with an Islamist family. 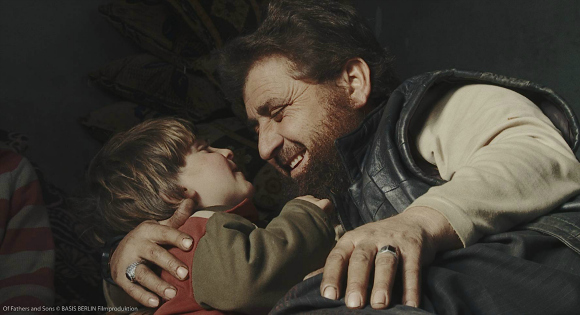 Abu Osama is a fighter who believes that a coming world war will be won by those who will then establish an Islamic Caliphate. He admits to being fascinated by the Taliban and a great admirer of Osama Bin Laden; he has named his oldest son after him. When the boy is old enough, he expects him to go to war. All of his eight children support what their father is doing for the cause. Their love of him and his love for them is evident in many intimate scenes of storytelling, singing, and eating together. (His wife and daughters are never seen and rarely mentioned.)

Derki pays a lot of attention to the many manifestations of violence in the children and adults who have lived through stress-inducing incidents of death and destruction. The children often play in bombed-out buildings and wrecked cars. After the boys kill a young bird, they bring it to their father and say: "We put his head down and cut it off, like how you did it, Father, to that man." Another time, they ask their father to tell them how his fellow fighters were martyred. Some of the brothers have stopped going to school and throw rocks at other students. 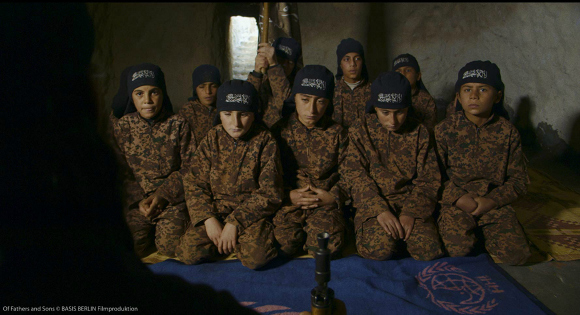 After Abu Osama loses a foot while defusing land mines, the boys go off to a camp for Sharia studies and military training. In a firearms class, they have to stand still while an instructor peppers the ground around their feet with bullets. For fun, they create a make-shift bomb which they cavalierly toss around. Back home, they have mixed feelings about the experience. Even though Ayman, the second oldest, says he would rather go to school, young Osama heads off to the battlefront. 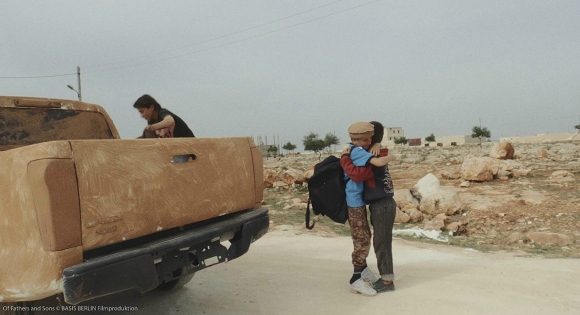 Witnessing the culture of violence that these youth are immersed in, we thought of the child soldiers in Africa and the disaffected boys in America who have engaged in mass shootings. How can we explain and understand their yearning for self-destruction? This film doesn't answer that question, but it brings its prevalence to the forefront.

Beasts of No Nation