How to Train Your Dragon: The Hidden World

"God nourishes everything, from the horned buffalo to nits, disdaining no creature — for if he disdained creatures due to their insignificance, they could not endure for even a moment. Rather he gazes and emanates compassion upon them all. So should you be good to all creatures, disdaining none."
— The Kabbalah

Dragons are mythological creatures who elicit in human beings emotions of fear, awe, and sometimes even affection and love. These gigantic, flying creatures spitting fire and causing mayhem are often depicted in folk tales. They may have large yellow eyes, a feature that is the origin of the word for "dragon" in many cultures.

Lovers of these mythological beings can choose from a wide selection of positive film portraits including The Neverending Story (1984), Mulan (1998), Dragonheart (1996), Spirited Away (2002) and Pete's Dragon (2016). All have revealed the possibility of spiritual connections between dragons and human beings. But perhaps no movies have done as much to create love for dragons as the How to Train Your Dragon series written and directed by Dean DeBlois and inspired by the popular children's books by English author Cressida Cowell. 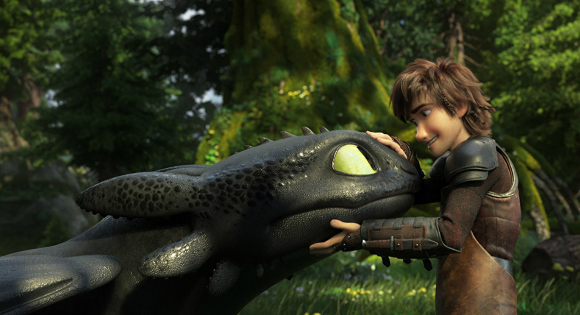 In the first film, How to Train Your Dragon, we meet Hiccup, a sensitive Viking boy who is being groomed by his machismo father to become the eventual leader of their mountainside community. Part of his training involves learning how to kill dragons. But when he wounds and then gets close to a black dragon, rather than experiencing fear or triumph, he empathizes with the the beast. Eventually, he must decide whether to follow a peacemaker's or a warrior's path. After bonding with the dragon he names Toothless, he makes the choice.

In the sequel, How to Train Your Dragon 2, Hiccup and Toothless model the noble ideal of animals and humans living together in peace and harmony. Whereas their community has begun to accept a mutually respectful dragon-human alliance, they learn that others are determined to exploit these powerful creatures for their own uses. (Be sure to read the "Go Deeper" section of our review where we offer thoughts and questions on the joys and challenges of living with animals.) 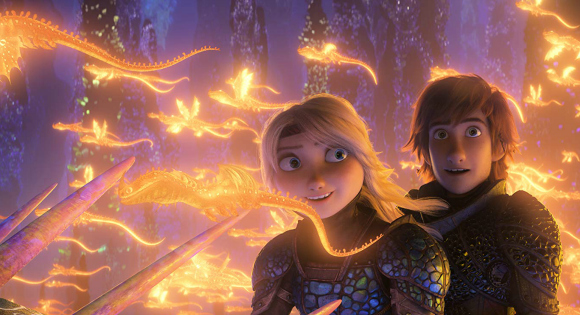 In How To Train Your Dragon: The Hidden World, Hiccup (voiced by Jay Baruchel) has taken over as the chief of his community. Their village is now a sanctuary for hundreds of dragons, large and small, old and young – a veritable dragon-Viking utopia. In the opening scenes, Hiccup, his fiancée Astrid (America Ferrera), and their friends rescue some dragons who have been captured by hunters.

When they learn that Grimmel (F. Murray Abraham), a formidable dragon killer, is on their trail, Hiccup decides it is time for the community to leave their homes and find the Hidden World at the end of the sea where they and the dragons can be safe. He is particularly concerned because Grimmel has vowed to kill the last of the "Night Fury" dragons – Toothless. To complicate matters, Grimmel has a beautiful "White Fury" dragon with whom Toothless falls in love. 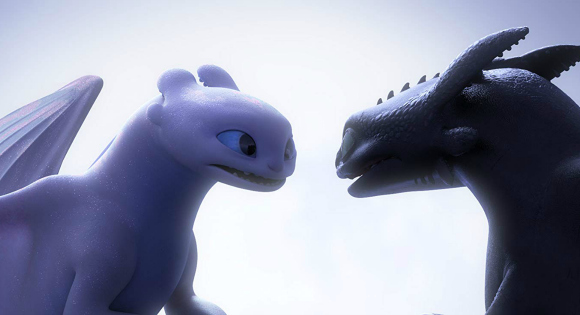 In the first two movies, Hiccup found his voice as he became a spokesman for dragon-human friendship. But he struggled with his role as a leader of his people. Self-esteem issues are still in evidence in this film, and it's fascinating to watch this young man grow up in front of our eyes. His biggest challenge is not leading a huge group of humans and dragons into the unknown skies to find the Hidden World or even fighting off Grimmel and the other dragon killers. It's learning who to love and when to let go.

Here is a beautiful animated feature (one sequence in the middle will take your breath away) that will make children and adults alike celebrate the long-lasting ties between animals and humans. And it has a great ending.