Directed by Waad al-Kateab, Edward Watts
A heart-wrenching and unflinching documentary filmed by a young mother and citizen journalist living through the siege of Aleppo, Syria.

The vile and unending violence of the war in Syria weighs heavily upon the hearts and minds of the people of this Middle Eastern country and others around the world. It began in 2011 during the Arab Spring and continues to this day. Rebel groups and unarmed civilians have endured years of unrelenting bombing by the forces of President Bashar al-Assad with the support of the Russians. 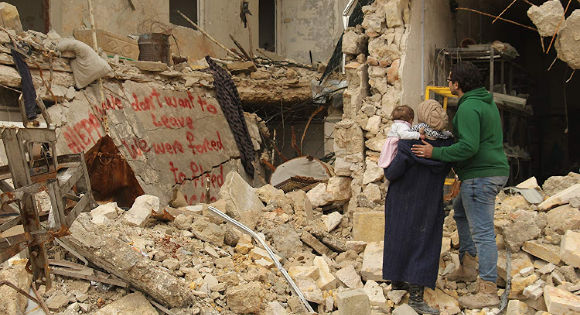 This documentary about the attempted genocide of the Syrian people in the besieged city of Aleppo has a special point of view. It was filmed by a 26-year-old-mother and citizen journalist, Waad al-Kateab, who provides the narration. She and her husband Hamza, a doctor, have stayed in their hometown, despite a siege by government forces and daily bombing by the Russians. She records their acts of resistance as a gift to their young daughter Sama. The result is an unflinching look at the effects of war paired with sincere and often unguarded commentary by those directly affected by it.

The film had its world premiere at the SXSW Film Festival where it won the Grand Jury Prize and the Audience Award for Best Documentary. At the 2019 Cannes Film Festival, it was named the Best Documentary, and at Hot Docs 2019, it received the Special Jury Prize. Since then, it has shown at other film festivals.

We have covered some of the documentaries on the Syrian crisis that have preceded For Sama. These antiwar films vividly convey the toll that militarism inevitably takes on innocent civilians.

These films and now For Sama remind us that it is necessary for both adults and children to face the realities of war — disturbing and bloody as they are — and also bear witness to the courage, resiliency, compassion, and heroism of remarkable survivors. 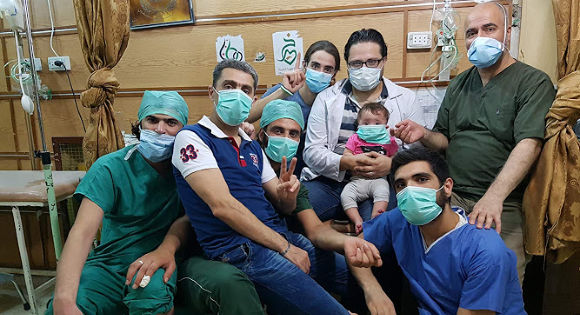 Waad al-Kaheab documents what happens in Aleppo from 2012 to 2016. At first, she and Hamza are excited about the growing resistance to the Assad regime. But as the military cracks down and then the Russians start shelling the city, they turn their attention to running a makeshift hospital. Their humble wedding ceremony, the birth of their daughter Sama, and dinner with a neighbor family are some of the few celebratory moments they have; most of the time they tend to the suffering men, women, and children in the blood-drenched corridors of the hospital.

From the earliest days, Waad uses her camera as an instrument of truth and awareness. It is hard not to turn away during the scenes in the hospital when the wounded, including many children, are brought in. But her camera also provides us with a window into a life of service that is truly inspirational. In one heart-stopping scene, a doctor massages, slaps, and shakes a seemingly stillborn baby into life; when the baby finally takes a breath and cries, hope seems to fill everyone in the room.

Throughout the film, Waad and Hamza demonstrate their deep and abiding love for Aleppo as their hometown is hammered day in and day out by airplanes dropping barrel and cluster bombs. As the government forces close in, they also have to contend with snipers and gunfire. They are heartbroken when both their house and the hospital are shelled and even more when they are evacuated from the city to a refugee camp. In the midst of such hardship and loss, they carry freedom as a precious treasure in their hearts. 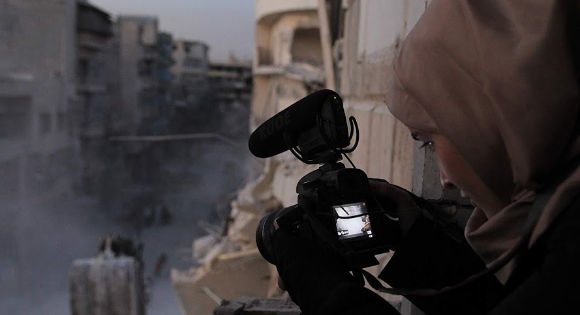 And their mission is not over. Waad al-Kateab in a Director's Statement explains what she tried to do and hopes will result from her efforts:

"I want people to understand that, while this is my story and shows what happened to me and my family, our experience is not unusual. Hundreds of thousands of Syrians experienced the same thing and are still doing so today. The dictator who committed these crimes is still in power, still killing innocent people. Our struggle for justice is as relevant today as it was when the revolution first began.

"I felt a great burden of responsibility to the city, its people and to our friends to tell their stories properly so they will never be forgotten and no-one can ever distort the truth of what we lived through."