A Beautiful Day in the Neighborhood

Directed by Marielle Heller
A moving drama about the transformative spiritual practices of Fred Rogers.

We and millions of others were captivated and enchanted by Morgan Neville's 2018 documentary Won't You Be My Neighbor?; it was one of our choices for the Most Spiritually Literate Films of 2018. It focused on the Presbyterian minister who for more than 30 years was the central creative force on Mister Rogers' Neighborhood, an immensely popular public television children's program which reached five to ten million preschool children each day. Neville gave us a portrait of a television personality who reverenced children and bequeathed to them his spiritual vision of love, kindness, caring, compassion, and much more. 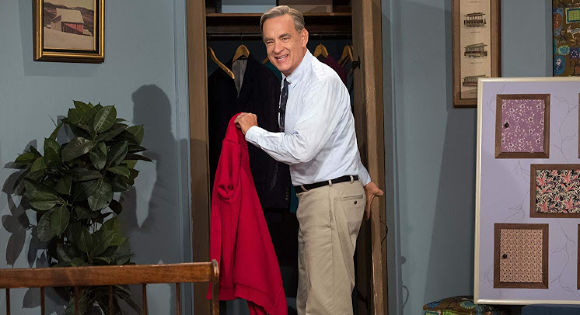 A Beautiful Day in the Neighborhood gives us another look at the extraordinary legacy of Fred Rogers. The director, Marielle Heller, has stated that her film is not a biopicture. Rather, it is a very moving drama, based on true events, of the impact the television host had upon a cynical investigative journalist who is assigned to write a short piece on Mister Rogers for a 1998 issue of Esquire devoted to heroes.

Tom Hanks, who won back-to-back Oscars for Philadelphia and Forrest Gump, stars as Fred Rogers. He conveys the personal qualities which made Rogers such an extraordinary human being and television superstar: his genuine respect for people of all ages; his lack of contentiousness, self-centeredness, pride, or judgmentalism; his humble creativity; his emotional warmth and transparency; and his extraordinary capacity for deep listening. 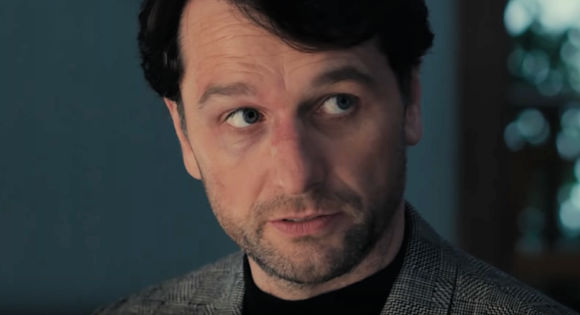 The drama follows the transformation of journalist Lloyd Vogel (Matthew Rhys) after he begins meeting regularly with Rogers. The television host has read his work and is prepared for some hard-hitting questions. But Rogers stuns the writer by turning the focus on him and the emotional funk he is in due to his long-standing resentment of his father (Chris Cooper) who abandoned him as a boy; changes he and his wife (Susan Kelechi Watson) are going through since the birth of their baby boy; and questions about the direction of his work after his editor (Christine Lahti) gives him this difficult assignment.

Director Heller told Entertainment Weekly that her take on A Beautiful Day in the Neighborhood is that "it's a story for our times, a story about kindness and family connection and trying to tap into our better selves. God knows we need that right now!" 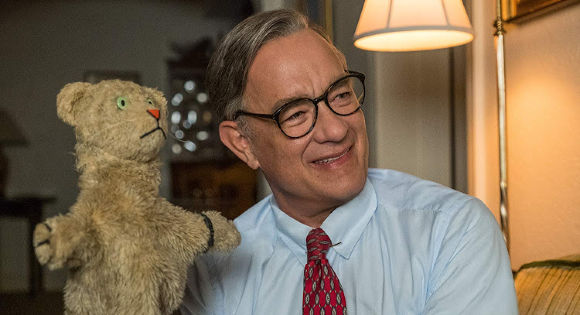 Fans of Fred Rogers will be happy with this portrait of a genuine American hero, and those who were too young or too old to have experienced his TV show, will find that he can speak to the child (and adult) in them. Here is some of his wisdom that you'll see examples of in the film.

We were especially touched by a statement in the film by his wife Joanne Rogers (Maryann Plunkett). She cautions Vogel: "If you think of him as a saint, he's unattainable" whereas Fred works at being who he is: "It's a practice." We see him swimming laps, his daily exercise program. We see him pausing to make sure that he can really hear what people are saying and what emotions may be behind their words. And we see him practicing silence. 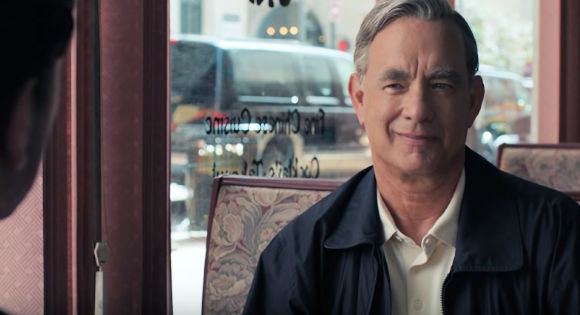 In a stunning scene in a diner, Fred asks Lloyd to join him in a moment of silence. He asks him to think of all the people who have "loved him into being." Others in the diner join them in the silence. Heller — we noticed gratefully — allows this scene to go on beyond a comfortable break until we found ourselves also doing the practice. And we realized: it truly is a beautiful day.

Documentary: Won't You Be My Neighbor

Documentary: Mister Rogers and Me

Book: You Are Special: Words of Wisdom for All Ages from a Beloved Neighbor