Directed by Eliza Hittman
A deeply touching film that illustrates the healing power of empathy.

Seventeen-year old Autumn (Sidney Flanigan) lives in a small blue-collar Pennsylvania town. In a move that seems uncharacteristic of this soft- spoken and tight-lipped loner, she performs "He's Got the Power'' in a local talent show. Autumn's rendition of this 60's girl group lament is ridiculed by a boy in the audience. At dinner afterwards, her mother (Sharon Van Etten) and stepfather (Ryan Eggold) are baffled by her pouting and then are shocked to see Autumn throw water in the face of the boy who jeered her singing.

Autumn has more on her mind. After noticing her rounded stomach, she goes to get a pregnancy test at a local women's clinic. It's positive; a sonogram shows she's about 10 weeks pregnant. After the counselor asks Autumn if she is considering having an abortion, she shows her an anti-abortion film of dead fetuses. But Autumn can't get an abortion in Pennsylvania anyway without telling her parents because she is only 17.

Partly as an act of self-mutilation and partly as an act of defiance against her plight, Autumn gives herself a nose piercing. The only one who seems to like it is Skylar (Talia Ryler), her cousin and best friend, who works with her at a grocery store. When this take-charge adolescent figures out what is going on, rather than question Autumn or judge her, she empathizes with her needs and decides to accompany her through this difficult time. She takes some money from the cash register at the store so that the two of them can go to New York City. There Autumn will have access to an abortion. 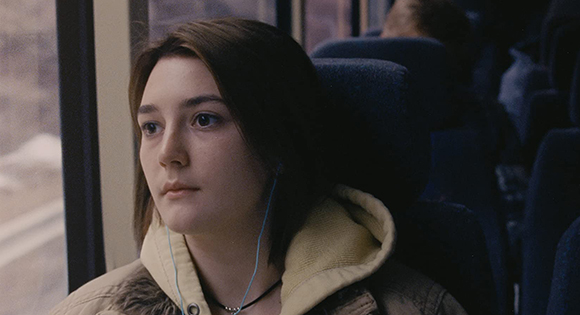 Their journey is a bold one, since they have no idea of what might happen to them in the city. At the Planned Parenthood clinic in Brooklyn, Autumn learns that she is 18 weeks pregnant and will have to have a two-day procedure in Manhattan. Now, with no money for a hotel and no other resources, they must also practice patience.

Writer and director Eliza Hitman has fashioned a deeply spiritual screenplay that celebrates empathy as the antidote to the heartlessness so many women experience when facing the difficult decision of having an abortion. The casting of newcomer Sidney Flanigan as Autumn and Talia Ryder as Skylar is a master stroke that enables us to identify with each actress as they move through the crowded and unfamiliar streets of the big city, are kicked out of a rest spot in the Port Authority bus station, and try to sleep on the subway but have to flee when a middle-aged man exposes himself to them. When they realize they don't have money for their bus ride home, Skylar makes the most out of their encounter with a young man on the bus (Theodore Pellerin) whose sexual attraction to her is matched by a tiny bit of kindness. 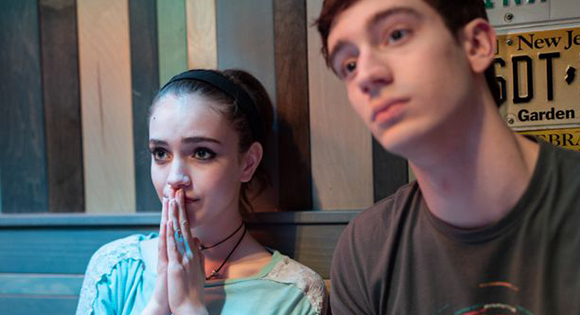 Before she has the abortion at the clinic, a counselor helps her come to terms with her feelings -- both about what has happened to her and what is about to happen. This is a beautiful scene showing how a trained professional can practice listening, kindness, and love. She asks Autumn a series of questions to be answered by "Never, Rarely, Sometimes, Always." A clip of this scene is available here. As you watch, think about the other questions women are asked today. What support is available in your community for those experiencing sexual abuse?