Directed by Steven Spielberg
A dazzling version of the classic story of race conflict and undaunted love.

West Side Story is a dazzling remake of the 1961 musical film which won ten Academy Awards, including Best Picture. Both are adaptations of the musical conceived by Jerome Robbins with music by Leonard Bernstein, lyrics by Stephen Sondheim, and a book by Arthur Laurents inspired by William Shakespeare's play Romeo and Juliet. It takes place in the mid-1950s when a ghetto neighborhood on the West Side of Manhattan was being demolished and reconstructed for what would become Lincoln Center.

These streets serve as a battleground between two rival teenage gangs, each determined to hold on to or take over the turf. The Sharks led by Bernardo (David Alvarez) are recent immigrants from Puerto Rico. The Jets led by Riff (Mike Faist) are a white gang who have long been in control of the area. Trying to maintain law and order in this noisy neighborhood of energetic chaos are the local policemen, Officer Krupke (Brian d'Arcy James) and Lieutenant Schrank (Corey Stoll). 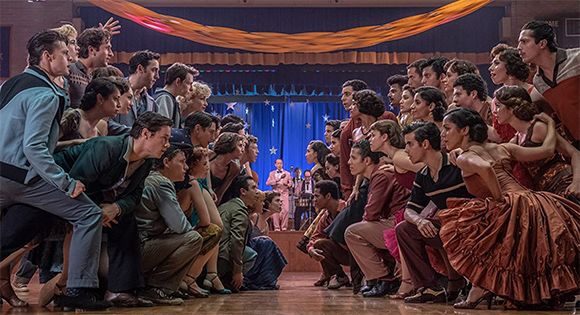 In this astonishingly imaginative version of the story, director Steven Spielberg, working with a screenplay by Tony Kushner, focuses on a rainbow of emotions which speak to our bodies, minds, and souls. As a counterpoint to the gang conflict, we find ourselves immersed in a love story between Bernardo's sister Maria (Rachel Zegler) and Tony (Ansel Elgort), a former Jet and best friend of Riff.

Most of us are used to having an adversarial relationship with our difficult emotions such as anger, fear, and sadness. At the same time, we can grow very attached to pleasant emotions such as happiness, safety, and joy. West Side Story tutors us in the spiritual art of seeing all of our emotions as enlightening messengers and teachers. 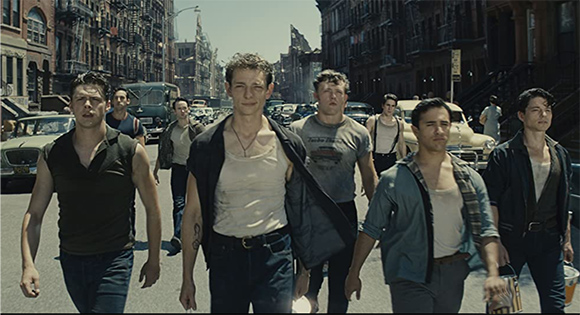 Many of the difficult emotions are acted out by the rival gangs. From the kinetic opening song and dance number "Jet Song," a sense of identity and belonging is established by excluding others. The gang members take turns singing verses to celebrate their sense of identity and solidarity.

"When you're a Jet, . . .
You're never alone,
You're never disconnected.
You're home with your own --
When company's expected
You're well protected!"

It's easy to see how these young men can get caught up in prejudice and power plays. Later, in an amusing yet very touching song, "Gee, Officer Krupke," they explain why they were bound to become delinquents, yet "deep down inside us there is good." That theme of mixed personalities and mixed emotions carries through the storyline.

Another theme is that life is full of surprises and unexpected turns. In "Something's Coming," Tony opens himself up to the possibilities just around the bend: "The air is humming. And something great is coming."

For him, it's love. At a dance, his eyes meet Maria's, and it is love at first sight for both of them. This emotion comes to those who are playful, able to break the rules, and be open to mystery. In "Maria," Tony relives his first encounter and first kiss with Maria:

"Maria!
Say it loud and there's
music playing,
say it soft and it's
almost like praying." 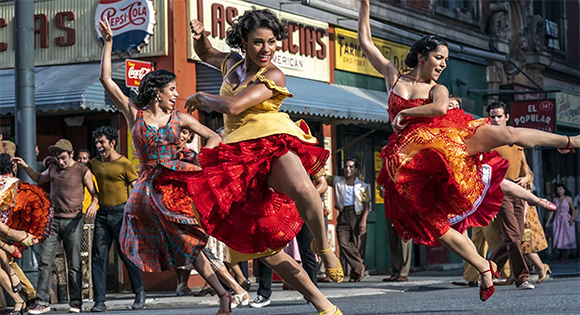 How the emotions are expressed in community life and in the body are evident in two songs, which are particularly well-staged in this version of West Side Story. In "America," the Puerto Rican women, led by Anita (Ariana DeBose), proclaim their love of their new home. The men, however, have doubts.

"Here you are free and you have pride
Long as you stay on your own side
Free to be anything you choose
Free to be wait tables and shine shoes."

Later, Maria and her girlfriends are at their cleaning jobs in a department store. She realizes "I Feel Pretty," and through dance expresses the emotions of happiness, contentment, and joy.

Of course, in any story about love of another and love of place, the emotions associated with yearning are evident. As Maria and Tony, Rachel Zegler and Tony Ansel Elgort turn "One Hand, One Heart" into a love song for the ages, and it's setting, the Cloisters in upper Manhattan, seems to add more significance to the lyrics. For this version, the classic "Somewhere" is sung by Valentina (Rita Moreno), a Puerto Rican elder in the neighborhood, turning it's declaration that "There's a place for us" into a plea for the whole community. 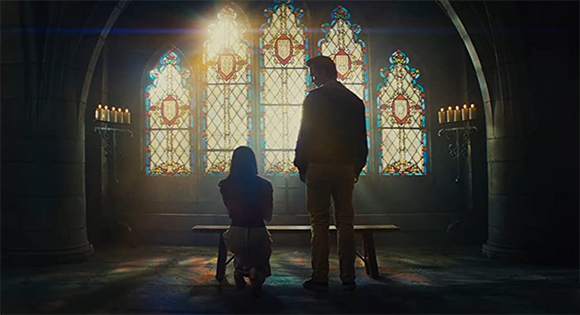 Anytime we witness characters dealing with strong emotions, we find ourselves asking questions. Do you believe in love at first sight? Why or why not? Can you understand how people in this neighborhood can get carried away by anger, jealousy, competition, and pride? Where do you see this happening in our own times? What emotions are triggered in you when you are confronted by unstoppable change? Finally, how important is place to you; what emotions do you associate with it?

Spielberg has not strayed far from the intent and power of the original versions of this story, but seeing it now, in our times of increased polarization, renewed discrimination against immigrants, and unsettling violence, it feels remarkably contemporary.