Rebbe Zalman Schachter-Shalomi died peacefully in his sleep at home on July 3, 2014. He was 89. He will be buried at the Green Mountain Cemetery in Boulder, Colorado. In The December Project: An Extraordinary Rabbi and a Skeptical Seeker Confront Life's Greatest Mystery, published this spring, Sara Davidson recounts her two-year conversation with Rebbe Zalman on death and other topics. At one point, he said: "I've been training myself since I was young for the moment I'll die."

Meshullam Zalman HaKohen Schachter was born on August 17th, 1924 in Zholkiew, Poland to Shlomo and Hayyah Gittel Schachter. In 1925, his family moved to Vienna, Austria where he spent most of his childhood. His father, a Belzer hasid with liberal tendencies, had him educated in both a "leftist" Zionist high school, where he learned Latin and Modern Hebrew, and a traditional Orthodox yeshiva, where he studied Torah and Talmud.

In 1938, when he was just 13, his family began the long flight from Nazi oppression through Belgium, France, North Africa, and the Caribbean, until they finally landed in New York City in 1941.

While still in Belgium, Schachter became acquainted with and began to frequent a circle of HaBaD Hasidim who cut and polished diamonds in Antwerp. This association eventually led to his becoming a HaBaD hasid of the Lubavich branch, in whose yeshiva he enrolled after his family arrived in New York. He received his rabbinic ordination from the Central Lubavitch Yeshiva in 1947.

In 1968, Schachter had earned his Doctor of Hebrew Letters from Hebrew Union College and was effectively "divorced" from the Lubavitcher Hasidim over issues relating his controversial engagement with modern culture and other religions, but he continued on as an "independent" hasid, teaching the experiential dimensions of Hasidism as one of the world's great spiritual traditions. That year, he was also influential among the group who formed Havurat Shalom in Somerville, MA.

He ordained his first rabbi, Rabbi Daniel Siegel of Boston (one of the current leaders of ALEPH) and helped to found the Aquarian Minyan of Berkley, California in 1974.

A few years earlier, he had begun to study Sufism and meet with Sufis in California. This eventually led to his being initiated as a Sheikh in the Sufi Order of Hazrat Inayat Khan in 1975. That year he also became professor of Jewish Mysticism and Psychology of Religion at Temple University where he stayed until his early retirement in 1987, when he was named professor emeritus.

1985 saw the birth of a new period in his life. That year Schachter (now Schachter-Shalomi) took a forty-day retreat at Lama Foundation in New Mexico and emerged with a new teaching that became the foundation of his book, From Age-ing to Sage-ing, and the catalyst for the Spiritual Eldering movement.

In 1995 he accepted the World Wisdom Chair at the Naropa Institute (now Naropa University) and found a home from which he could teach contemplative Judaism and ecumenical spirituality in an accredited academic setting.

In 2004, Schachter retired from Naropa University. That year, he also co-founded The Sufi-Hasidic Fellowship: the Chishti-Maimuniyya Order of Dervishes with Netanel Miles-Yepez, thus combining the Jewish Hasidic tradition with Islamic Sufi tradition into which he had been initiated in 1975.

In his retirement he lived happily in Boulder, Colorado, with his wife Eve and their cats, Mazel and Brakhah. 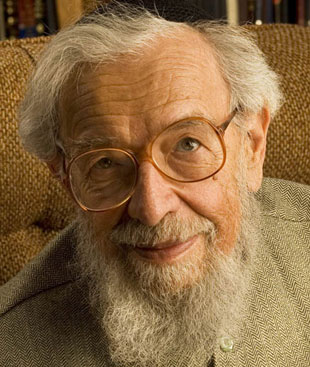