Directed by Tom Hooper
An astonishing biopicture of a trailblazing transgender artist and his wife, who is a master of being present in love.

Einar Wegener (Eddie Redmayne) is a well-known Danish painter of landscapes in Copenhagen in 1925. Some years earlier, he was enchanted with the slender ankle of Gerda (Alicia Vikander) but she took charge of wooing him. Now married, they share an artist's studio. She is a portrait painter. This unconventional couple have a lively and exotic sex life which fuels their intimate relationship. 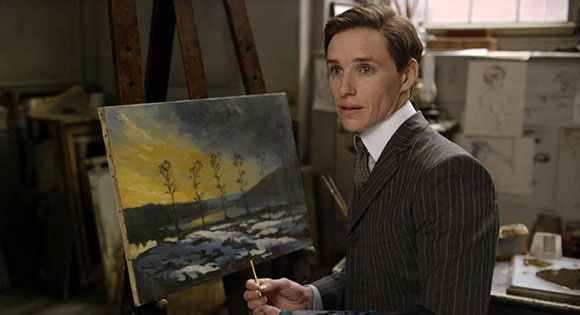 One day, Gerda asks Einar to pose for her when her model does not show up. As he dons women's stockings and shoes and holds a ballerina costume to his chest, he plunges into a dream world where he feels like the person he was always meant to be. Later, Gerda discovers he is wearing one of her gowns under his suit. She decides they play a game and attend a ball with him dressed as a woman. She applies his make-up; he puts on a wig, a dress, and high-heeled shoes. A dancer friend (Amber Heard) chooses the name Lili for Einar's female persona who takes in the gazes of the high society crowd. Gerda introduces Lili as Einar's cousin.

While Einar/Lili struggles with the clash between the man and the woman inside him, his wife visits a gallery owner who looks at her paintings and comments that she needs to find more adventuresome material if she wants to make her mark in the art world. Caught up in the mystery of what is happening to her spouse, Gerda creates a series of portraits of Lili that become wildly popular. 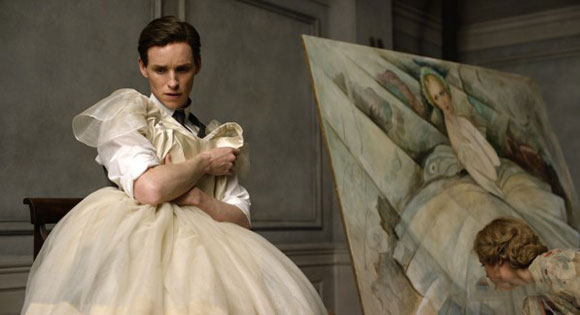 Tom Hooper, who directed Les Miserables and his Oscar-winning drama The King's Speech, is at the helm of this beautifully filmed and acted biopicture inspired by the life of the trailblazing transgender artist Lili Elbe. The thematic matrix of this astonishing movie is its enlightening examination of love as demonstrated by Gerda. She proves to be master of adaptability and steadfastness.

At one point, after Einar has decided to give up painting and to move beyong his male identity, his wife says to Lili: "There are times when I see you, and I think to myself not so long ago we were married. You and me, we were married and we lived in that small dark space between two people where a marriage exists." But she is willing to release him from those confines as it becomes more and more clear that Einar is gone and Lili is her true identity. 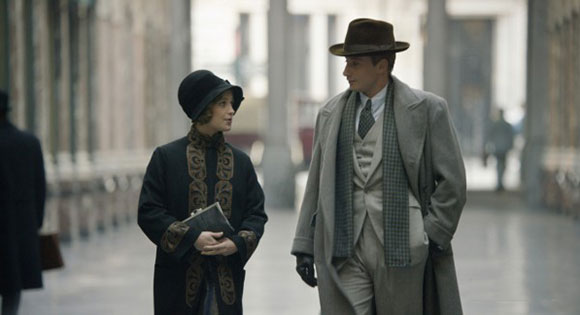 Lucinda Coxen's subtle and sensitive screenplay, based on the novel by David Ebershoff, cogently conveys the reactions of secondary characters who circle around Lili and Gerda such as Henrik (Ben Whishaw) who gives Lili her first kiss after saying "You’re different from most girls." Then there is Hans (Matthias Schoenaerts), Einar's boyhood friend who, after being in the presence of Lily, states: "I've only really liked a handful of people in my life, and you've been two of them." And, last but not least is Kurt Warnekros (Sebastian Koch), the doctor who agrees to do two complicated and risky operations on Einar's genitals to change his gender. Lili explains: "God made me this way, but the doctor is curing me of the sickness that was my disguise."

Eddie Redmayne (Oscar winner for The Theory of Everything) puts in a stellar performance as this tormented artist seeking the total transformation of his life. But the emotional vibrancy at the heart of The Danish Girl is the extraordinary depiction of Gerda by Alicia Vikander (Testament of Youth). Her husband gives her credit for standing by him in his gender change journey: "What did I do to deserve such a love?" 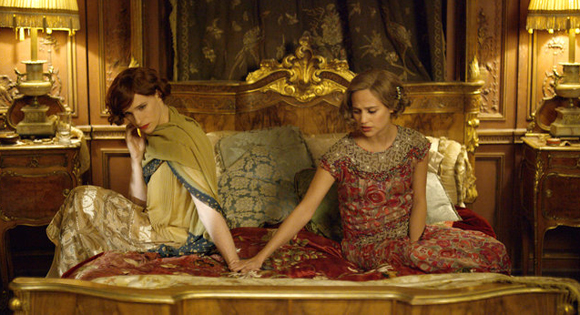 Watching Gerda's multiple, varied, and constant expressions of love, we were reminded of Zen master Thich Nhat Hanh's Teachings on Love. He writes there are four important qualities that deepen and expand an intimate relationship: attention, communication, respect, and nurturing. Gerda models all of these in The Danish Girl.

Here's a practice for you to do while watching this beautiful movie. Thich Nhat Hanh offers four mantras for loving couples. Identify scenes in which you can imagine Gerda and Lili saying each of them:

R - some sexuality and full nudity