Directed by Zaradasht Ahmed
A laser-sharp documentary on the impact on civilians of five years of war and destruction in Iraq.

Nowhere to Hide is being presented as part of the AFI Docs Film Festival 2017. Visit the official site for more information..

Nori Sharif is a sensitive and ethical Iraqi who for 13 years has served as a hospital nurse and paramedic in the town of Jalawla in Diyala Province. In December 2011, besieged citizens of the area watch as the American troops evacuate, ending the occupation since the downfall of Saddam Hussain. Sharif is given a camera by director Zaradasht Ahmed, and he takes on the challenge of filming the lives of those who reside in the "triangle of death" in Central Iraq. 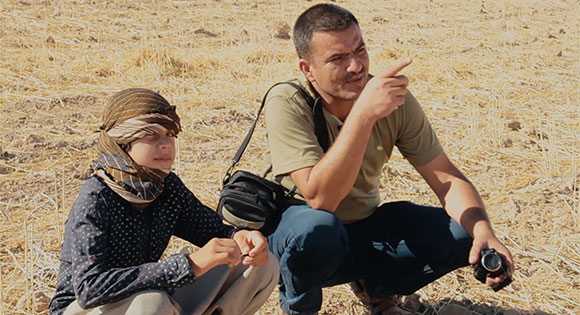 We meet some of his patients and colleagues, including a man who lost his leg in a car bombing and whose son has been brain-damaged. Another victim of the war recounts how his children froze to death in the desert. Sharif talks with two Norwegian doctors who have come to help.

In 2012, 1840 Iraqis are killed as the conflicts among militias continue. When ISIS takes over his village, Sharif, his wife, and four young children become refugees themselves. As he turns the camera on himself, it becomes clear that there is no safe hiding place in Iraq. After passing through 13 possible places to stay, Sharif and his exhausted and depressed family settle down in a camp for displaced persons. 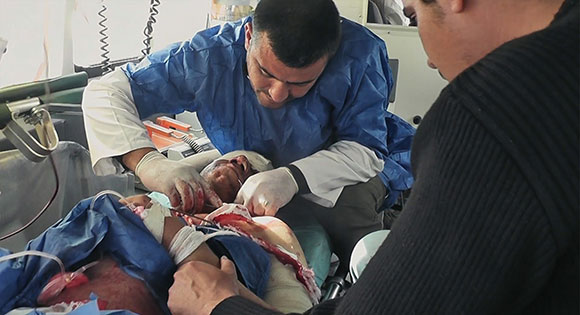 Sharif provides us with an up-close and very personal look into the conflicts in Iraq. Through his eyes we see the suffering of ordinary people who are just trying to stay clear of the fighting. In a very touching scene, he sneaks back into Jalawla and visits the hospital where he worked. It is empty and in shambles, the equipment destroyed; they even find a decomposed body in the morgue. As tears fill his eyes, we grieve with him at all that has been lost throughout Iraq.

Nowhere to Hide covers five years in the "tornado of war" as Sharif wrestles with making sense of it all. He concludes that it is "an undiagnosed war: you only see its symptoms, you don't understand the disease."