Directed by Ridley Scott
A tough and rigorous morality drama about the waning of the chivalric code in the Middle Ages.

Watching The Last Duel in a theater -- one of the few times we've gone out to see a film during the pandemic -- we remembered our own tips for using movies for soulmaking. We longed for a deeper experience that just watching a lot of action in a long-ago setting. So we prepared ourselves.

The Last Duel takes place during the Hundred Years War (1337–1453) between France and England. It was known as the age of chivalry during which fighters who displayed great skill in battle were awarded knighthoods. They aspired to live by a moral code comprised of bravery, courtesy, and honor. One of their most distinguishing qualities was gallantry toward women who were held in high esteem and needed to be protected.

The Last Duel is a tough and rigorous morality drama where the clash between a squire, a knight, and his wife depicts the waning of the chivalric code in the face of chauvinistic power plays. It is directed by Ridley Scott whose first film was The Duellists.

This ambitious film offers a harsh counterpoint to the popular Hollywood stories about knights and maidens (see "Movies About Knights" below). It is based on Eric Jager's nonfiction 2004 book The Last Duel: A True Story of Crime, Scandal and Trial by Combat. The tension and high intrigue of that page-turner is brought to vivid life in the screenplay by Matt Damon, Ben Affleck, and Nicole Holofcener (Can You Ever Forgive Me?). This is the first screenplay that actors Damon and Affleck have written together since they won an Academy Award for Good Will Hunting in 1998. 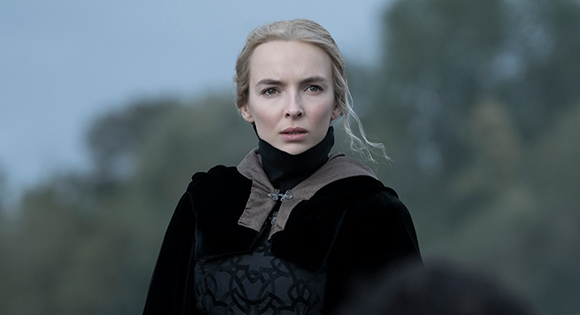 Sir Jean de Carrouges (Matt Damon), a knight, and Jacques Le Gris (Adam Driver), a squire, are friends who have served the King as efficient warriors. But class and lifestyle differences come between them.
Seeking to boost his prestige and wealth, the knight marries Marguerite (Jodie Comer), a beautiful and independent woman. He is later outraged when the local overlord, Count Pierre d'Alencon (Ben Affleck) grants toLe Gris the land that he had been promised in Marguerite's dowery and then the title he should have inherited from his father.

Meanwhile, Le Gris, a known womanizer in court, sets his sights on Marguerite. When de Carrouges is away at a battle, he comes to their home and rapes her. To everyone's shock, she decides not only to tell her husband but to publicly condemn Le Gris. The case eventually ends up before the king, setting the stage for a duel. It is assumed that whoever wins a duel to the death is favored by God and on the side of the truth.

The Loss of Feeling Function

In their book Living Your Unlived Life, psychologists Robert Johnson and Jerry Ruhl discuss how some middle-aged lose their "feeling function." They are unable to find joy, worth, and meaning in life. This could be said of several characters in this film, who also have not dealt with the shadow sides of their personalities.

Take a hard look at the troubles you have had in your life expressing your private emotions — especially jealousy, respect for and love of friends, resentment about those who have a low regard for you. Then, step into one of the film's characters to answer the following questions. Also answer them for yourself.

- What is the greatest driving force in your life?
- What is your greatest fear?
- Are you a risk taker or do you play it safe?
- What does truth mean to you?

In Healing Through the Dark Emotions, Miriam Greenspan touches on another psychological process that is illustrated in The Last Duel. She writes:

"Ours is a dissociative culture -- a culture that separates body from mind, body from spirit, feeling from thinking. This kind of dissociation is a special requirement of masculinity in patriarchy. From boyhood on, men are subjected to a relentless conditioning process that teaches them to armor their bodies against emotion. . . .

"Women are expected to carry, feel and display the emotional vulnerability that is taboo for men, but, at the same time, we are devalued for doing so. . . . Both men and women are impaired."

- How are they impaired?
- What is expected of the two men? Of Marguerite? Discuss how the same expectations operate in modern societies. 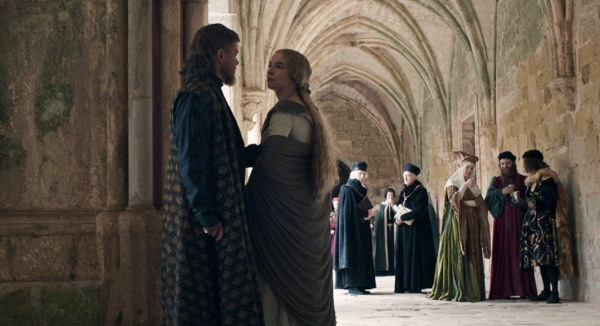 The storyline of The Last Duel and the interactions of the three main characters revolve around a vicious rape. In a revealing approach to this horrific event, the screenplay has three chapters and we see the story unfold from the different perspectives of de Carrouges, Les Gris, and Marguerite. Viewers, be warned, but also be aware that what we see in this film is happening today, most likely at a greater rate than in the Middle Ages.

Rape is an act of violence and humiliation in which the victim experiences overwhelming fear for her very existence, as well as a profound sense of powerlessness which few other events in life can parallel, Elaine Hilberman wrote in The Journal of Psychiatry. A 2014 report from the U.S. Centers for Disease Control and Prevention finds that approximately one-third of Americans has been victim of sexual violence; 23 million women and 2 million men have been raped. The following prayer from our Praying the News blog is for them and for those of other eras, like Marguerite, who have been brutalized:

"One Who Weeps, be with all victims of sexual violence as they struggle with the memories and the pain of having been attacked.

"Trusted Guide, stay by our side, as we work with the victims of sexual violence to find more solutions to prevent violence and bring safety to places where all shall be at ease — in their communities, schools, and homes."

Capital punishment is the culmination of violence at both ends of society: the violence of the individual criminal, who is caught in the cycle of violence and whose life ends in a violent death; and the violence of the state, with its police forces and wars whose ultimate expression is the use of death as a form of retributive justice.
-- Mario Marazziti in 13 Ways of Looking at the Death Penalty

The Last Duel is actually based on the story of France's last officially sanctioned judicial duel. What message does this film leave you regarding the morality of capital punishment? The writer of the book about this duel, Eric Jager points out some of the ways the public responds to such scandals:

"Historical scandals, much like the contemporary ones filling our tabloids, news sites, and now ubiquitous Facebook feeds, are built on a widely shared sense of certainty about what really happened -- a feeling that often belies the elusive truth."

The same approach we've just taken to the themes and characters in The Last Duel could also be used with other films about knights. Here are a few to explore.

Excaliber (1981) gives English director John Boorman an opportunity to appreciate and share the spellbinding ideas and ideals of the Arthurian myth.

First Knight (1995) is a spectacular entertainment with a king-sized serving of romance, ritual, and adrenalin-pumping drama centered around the Knights of the Roundtable and the dream of Camelot.

Merlin (1998) delivers an imaginatively realized slice of Arthurian mythology as it examines the adventures of a soothsayer.

Monty Python and The Holy Grail (1975) is a comic classic in which Terry Gilliam and Terry Jones spoof the earnestness of King Arthur and
his noble quest.

Quest For Camelot (1998) is an enjoyable animated feature in which two idealistic youths set out on a quest to save the Kingdom of Camelot.