Father Richard Rohr is a Franciscan of the New Mexico Province. He was the founder of the New Jerusalem Community in Cincinnati, Ohio in 1971, and the Center for Action and Contemplation in Albuquerque, New Mexico in 1986, where he presently serves as Founding Director.

Born in Kansas in1943, Rohr entered the Franciscans in 1961 and was ordained to the priesthood in 1970. He received his Master's Degree in Theology from Dayton that same year. He now lives in a hermitage behind his Franciscan community in Albuquerque, and divides his time between local work, and preaching and teaching on all continents. He considers the proclamation of the Gospel to be his primary call, and uses many different platforms to communicate that message. Scripture as liberation, the integration of action and contemplation, community building, peace and justice issues, male spirituality, the enneagram, and eco-spirituality would all be themes that he addresses in service of the Gospel.

He is probably best known for his numerous audio and video tapes, and through the Center's newsletter, Radical Grace. He is a regular contributing editor/writer for Sojourners magazine and recently published a 7-part Lenten Series for the National Catholic Reporter. 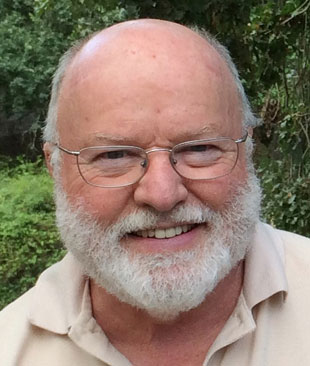