Father Andrew Greeley, one of the most influential Catholic thinkers and writers of our time, died on May 30, 2013, in Chicago at age 85. He had recently celebrated the 59th anniversary of his ordination to the Roman Catholic priesthood.

Throughout his priesthood, Father Greeley urged his beloved Church to become more responsive to evolving concerns of Catholics everywhere. His clear writing style, consistent themes, and celebrity stature made him a leading spokesperson for generations of Catholics. He was eloquent on the beauties and bounties of Catholic practices. He was prophetic in his critiques of how the church responded to the scandal of sexual abuse by Catholic priests and his support of the victims.

Father Greeley wrote a weekly column for theChicago Sun-Times and was a frequent contributor to other newspapers across the country. His articles ranged from sociological topics to school desegregation to elder sex to politics and the environment. On his website, he published a popular blog and regular homilies. His largest audience was for his novels, many of them with Catholic priests as the protagonists. He considered them "theological parables." He was always more interested in the concerns of the ordinary faithful over the needs of the establishment and the elites.

Father Greeley received many honors and awards, including honorary degrees from the National University of Ireland at Galway, the University of Arizona, and Bard College.In 1986, Father Greeley established a $1 million Catholic Inner-City School Fund, providing scholarships and financial support to schools in the Chicago Archdiocese with a minority student body of more than 50 percent.

In 1984, he contributed a $1 million endowment to establish a chair in Roman Catholic Studies at the University of Chicago. He also funded an annual lecture series, “The Church in Society,” at St. Mary of the Lake Seminary, Mundelein, Illinois, from which he received his S.T.L. in 1954. 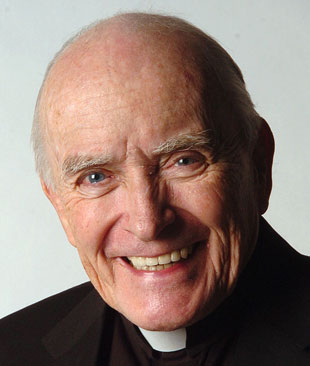