Editor's Note: Pir Vilayat Inayat Khan died peacefully June 17, 2004, at his home in France surrounded by his family. His son Zia Inayat-Khan wrote to his many students and admirers: "Even as we mourn the loss of his physical presence, may we find the inner clarity and strength to remember the essence of his teaching: the soul is immortal and its very being is joy. It is death that dies; life lives forever."

Pir Vilayat Inayat Khan was born in London in 1916. His father, Hazrat Inayat Khan, left India in 1910, established the Sufi Order in London in 1916, and incorporated the Sufi Movement in Geneva in 1923. Pir Vilayat graduated from Sorbonne University in Paris in 1940 after completing studies in both psychology and philosophy. He pursued postgraduate studies at Oxford University as well as studying musical composition and cello at the Ecole Normale de Musique in Paris.

Hazrat Inayat Khan designated Pir Vilayat as his successor in 1926. After World War II, during which he served in the British Royal Navy, Pir Vilayat pursued his spiritual training by studying with many different religious traditions throughout India and the Middle East. He is an acknowledged Pir in the lineage of the Chishti Sufi Order of India. Through the Sufi Order International, Pir Vilayat offered a universal approach to spiritual development. During meditation retreats, lectures and seminars, he reflected upon the ancient stream of wisdom inherent in all religions and humanistic philosophies. He was active in the multifaith movement and was instrumental in bringing together leaders from different religions to explore their underlying unity and mutual interests. 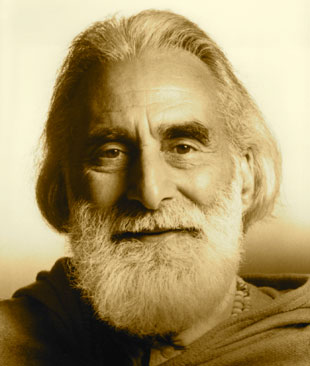