With vivid and memorable images, here are 25 years in the work of Kirsten Johnson, a woman whose experiences and documentary cinematography have taken her to such hot spots as Wounded Knee, Rwanda, the World Trade Center, Tahrir Square, and Darfur. She has been a witness to the global suffering and oppression of women in films about rape — Women, War & Peace (2011), The Invisible War (2012) — and attacks on abortion clinics in the Deep South — Trapped (2016). Other notable examples of her camerawork are showcased in Michael Moore's Fahrenheit 9/11 (2004) and two films directed by Laura Poitras, The Oath(2010) and Citizenfour (2014); the latter won the Academy Award for Best Documentary in 2015. 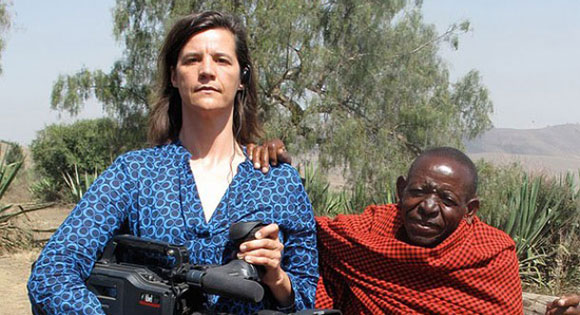 Cinematography is a male-dominated profession; women only number 4% of the members of the American Society of Cinematographers and no woman has even been nominated for a Best Cinematography Oscar! In this collection of fascinating scenes from her films, Johnson shows us a male boxer's rage after losing a fight, a midwife in a Nigerian hospital trying to cope with a severe lack of resources for the care of a newborn, a very scary vignette of a Bosnian toddler trying to take possession of an ax from his older brother, and a boy who lost his eye and stands for victims everywhere. In one of the most touching scenes in Camerawoman, we see Johnson as a caregiver for her Alzheimer's afflicted mother.

Throughout this overview of her work, we are drawn to this filmmaker's modeling of the spiritual practices of attention, being present, compassion, listening, meaning, openness, transformation, and X-the mystery.